RAWA May Finally Be On Its Last Leg

A bill that would kill legal online poker in the US appears to be just a few steps away from being killed itself. 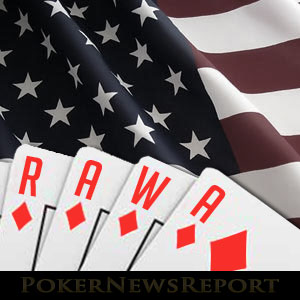 A bill that would kill legal online poker in the US appears to be just a few steps away from being killed itself.

The Restoration of America’s Wire Act (RAWA) was failing at this time last year and was heading into 2015 having never even received a hearing. Now a year later, RAWA does not seem like it is no closer to passing. For those unaware, RAWA is a bill that would effectively place a federal ban on all forms of online gambling, including online poker.

Despite the bill really failing to have an impact last year nor this year, the piece of legislation’s biggest support, Sheldon Adelson, is still making a push to have it signed into law. This past March, Adelson and his cohorts managed to push the Bill in front of Congress in March and again in December. In front of the House Oversight & Government Reform Committee, RAWA failed to make a big impact and did not gain much of any support. The goal for the bill’s proponents was to tack it on to the end-of-year Omnibus spending budget as is done with so many other pieces of legislation.

At the bill’s March hearing, the main sponsor, Representative Jason Chaffertz (R-Utah) listened to plenty of testimony from both sides of the argument. In a statement during these discussions, Chaffertz explained why he opposed the bill by saying,

The most interesting aspect of all this is that Adelson is a billionaire whose fortune comes from, in part, his ownership of Las Vegas resorts and casinos. His not so subtle interest in this bill is that, if it is passed, it will potentially threaten the brick and mortar casinos that make Las Vegas such a thriving tourist destination.

At this juncture, the bill has 24 co-sponsors, though a majority of them are Republican; a party that is historically anti-gambling, and more recently opponents of internet gambling. One Democrat, Tohn Breaux (D-Louisiana), has made it known that he supports RAWA, but other than that the Democratic presence is very light.

Even if RAWA was passed through both the House and Congress, it would still likely have a difficult time being signed into law by Democratic President Obama. The President has not been very outspoken on the topic of legalized online poker and other forms of gambling, but most experts agree that his signature is one that is unlikely to make it to the last page of the bill.

Knowing this, the fate of RAWA more than likely rests on the outcome of the 2016 presidential election. With that said, however, this is all assuming that the bill will ever be able to pass through the House and Congress, something that, after 2 years of failed attempts, seems less than likely.

The biggest thing holding the bill back is not its lack of support, per se, but rather the implications that it has for federalism (the states’ ability to create their own laws). With a sweeping bill such as this one on the table, many opponents fear that the passing of RAWA would pave the way for more federal bills banning an activity that some states have already approved and regulated. If RAWA is passed, not only would the three states who have legalized and regulated online gaming available have all of their hard work undermined, it would send a message that even if you, as a state, make your own laws, they do not necessarily hold and weight because the Federal government can step in and prevent these laws and regulations from actually being instilled.

At the end of the day, this online poker and gambling bill does not seem like it will come close to being signed into federal law, but for yet another year the possibility is something we cannot simply ignore. It will be interesting to see how this legal battle plays out as we head into the New Year.