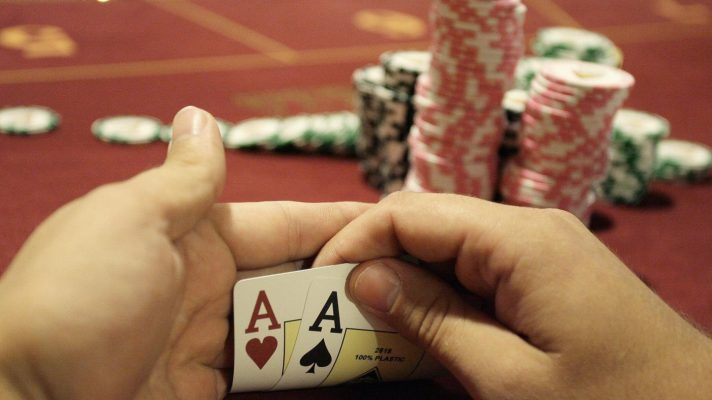 Israel’s Ravid “jerbi9999” Garbi took his first bracelet in Event #58: $5,000 No-Limit Hold’em 6-Handed Championship after getting past a 672-entry field. He ended up going one-on-one with bracelet winner Chirs Moorman

The British online superstar was looking for his second bracelet to win his first gold, but he was denied by Garbi, who took the first-place prize of $531,513. Moorman was awarded $398,393 for his runner-up effort.

The event was Garbi’s most significant victory of his career, with his lifetime earnings being $29,132. Even though it was Garbi’s third cash during this GGPoker World Series of Poker (WSOP) Online series, it was the first time that he reached the final 100.

Many great players made it deep in the event, like the Norwegian high roller Preben Stokkan, who completed the podium and scored $292,021. Another pro, Ludovic “Gr4vyB04t” Geilich took fifth for $156,898, while Mikita Badziakouski finished seventh for $84,299. Hun Lee, an earlier bracelet winner in the series, finished eighth for winnings of $61,791.

A total of 672 entries in Event #58: No-Limit Hold’em 6-Handed Championship, with a prize pool of $3,193,000 being divided 92 ways. The action was fast and intense, with players making it to the money fairly quickly.

Kathy “YouMakeMeWet” Sathaphan burst the bubble, leaving the 98 remaining players guaranteed $10,721. After that, the action moved even faster. Less than an hour later, GGPoker’s Daniel Negreanu was eliminated in 39th place for $14,599. He was taken out after running an ace into the pocket sevens of Viktor Kudinov.

Other entrants who were knocked out in the money included Brandon Adams, Connor Drinan, Ami Barer, David Peters, and Bertrand “ElkY” Grospellier.

The action began to slow down with 12 players remaining, which was about an hour later. David Kitai was out in 12th place, and it wasn’t until another hour later that GGPoker streamer Michiel “Easterdamnz” Van Elsacker ran sixes into the sevens of Ludovic “Gr4vy B04t’ Geilich. Francisco “VaPaCooler” Benitez was then taken out to set the final table of nine.

The final table lasted two hours and included the $10K Short Deck runner-up Mikita Badziakouski, Moorman, and Geilich. The group played nine-handed for about an hour before the next ones out were Alan “The Cockroach” Schein, Hun Wei Lee, Badziakouski, and Shyngis “somebodyelse” Satubayev.

Geilich was the next one out when he couldn’t get past Urmo “PidrPan” Velvet with his ace-high, but the latter followed shortly after in fourth. Preben Stokkhan was also knocked out just a few minutes later after shoving ace-seven into Garbi’s aces.

That left the head-to-head battle between Moorman and Garbi, who played for about 30 minutes. The Brit increased his chips from an initial deficit and evened the stacks, taking the lead, but he dropped back again. He eventually doubled into the lead after his flop top boat against Garbi’s trip queens.

Garbi then hit a double when he flopped the flush against Moorman, which left Moorman short-stacked. He called off a shove from Garbi with queen-ten while Garbi held king-eight, and it was over shortly after.

Moorman finished second for about $400K, increasing his live and online winnings, while Garbi took his biggest lifetime score of $531,513 and his first bracelet.