While New Jersey awaits the acceptance or veto of the online gambling bill, Rational Group is in the process of purchasing an ailing New Jersey brick and mortar casino. 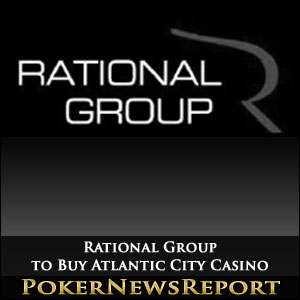 While New Jersey awaits the acceptance or veto of the online gambling bill, Rational Group is in the process of purchasing an ailing New Jersey brick and mortar casino.

Rational Group has already filed the paperwork required to apply to run The Atlantic Club Casino Hotel. The application has been filed with the gaming enforcement division of New Jersey.

The acquisition of The Atlantic Club Casino Hotel will secure up to 2,000 jobs and maintain the economic benefits the casino brings to New Jersey, said Michael Frawley, the Chief Operating Officer at Rational Group, US Holdings.

There has been some concern from employees of the casino since 1,729 workers have been given notification that they could lose their jobs by March 29th. Frawley’s statement was a response to this concern. His statement noted that the possible layoff notices are a formality and that this was simply part of the procedure that needs to be taken as part of the process of changing ownership of the casino.

The deal will only go through if the Casino Control Commission grants an interim casino license to Rational Group to run the casino.

One of the ways that Rational Group hopes to boost the struggling casino is by holding live poker tournaments, which will not only bring in revenue in and of themselves, but will also bring visitors to the casino and hotel.

New Jersey may be going through a big change in its gambling regulations as far as online poker and other forms of online gambling are concerned. Should this deal go through, and should Governor Chris Christie allow the online gambling bill to become law, Rational Group will have made the perfect purchase at the perfect time.

For now, New Jersey residents are still waiting to see if Governor Christie will sign the online gambling bill into law, or if he will veto it. If he takes no action at all by the deadline of February 7th, 2013, the bill will automatically be accepted as law.