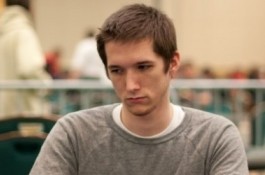 The World Poker Tour Festa al Lago has finally come to a close after 6 days of poker action that ended with 22 year old Randal Flowers taking down the tournament after a strong showing at the tables.

The tournament played host to 335 entrants and the action proved to be highly intense from the moment that the first cards hit the poker tables, with over sized betting and questionable strategies being used in a bid to gain the upper hand on the tournament field.

Day 6 saw the final table action start with only 6 players remaining and with that the focus fell onto youngster Flowers as he began his rampant rally towards the finishing line, knocking out four of the final five opponents who tried to stand in his way.

Ironically, it was Skip Wilson that managed to dodge the Flowers rampage, instead running into Michael Benvenuti who sent him crashing out of the tournament when Benvenuti’s Q10 hit top pair on the flop and the remaining turn and river cards offered no remorse towards Wilson, sending him out of the tournament in 6th place, $112,840 richer for his efforts.

Following the exit of Wilson, the tournament became a showcase for Flowers as he took centre stage and began to eliminate player after player, Andy Frankenberger being the next to fall.

With all of Frankenberger’s chips in front of him he was given a great handle in which to manipulate his opponents into situations that they simply could not recover from.

Fourth place went to Jason Koon after his pocket 5’s couldn’t hold up against the pocket ten’s that were revealed after Flowers snap called his all in bet.

The next player to fall victim to Flowers was 3rd place finisher Noah Schwartz, Flowers heading into the flop after calling an all in call almost immediately to be shown that his A Q was dominating Schwartz’s KQ. The community cards were laid out and there was no change to the hands, meaning that he finished the tournament in 3rd place.

Now that the action was down to the final two and the heads up section of the play could get into full swing, it wasn’t too long before Flowers used his large chip lead count as he squeezed his opponent into having to make decisions.

The battle between Flowers and Benvenuti only took 13 hands before the two clashed for their final hand of the tournament, Flowers calling his opponent with little more than 93.

For a final hand of a tournament like this, the final hand was substandard and unexciting to say the least, Benvenuti revealing that he moved his 4.1million chips into the centre with Q7.

The community cards fell like this: 9654A, giving Flowers the title and first place finish with a pair of nines.

The victory for Flowers means that he can add the title to his previous WPT Spanish Championship title, making him the youngest poker player ever to win more than one World Poker Tour crown at just 22 years old.