Online poker players in Michigan will have access to quality tournament gaming this weekend with new additions on the schedule! 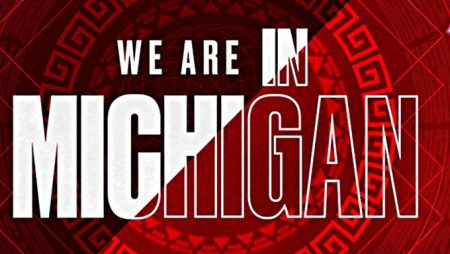 Online poker has only been operational in Michigan for a few days, but it has already been quite popular among players. Over the first few days, the site saw over 2,000 during peak playing times in ring games. This weekend, PokerStars is gearing up to offer plenty of tournament action, including a Sunday Special. Players can get in on the action by signing up for a PokerStars account while located in Michigan.

This Sunday, poker players in Michigan will have access to plenty of gaming options. The tournament schedule has $39,500 up for grabs across several events. Players can take part in satellites now to earn a seat to the special events. Satellites start at just $5, so they are very affordable.

At 6pm, players will find the Sunday Special, which is a new event on the schedule. This tournament has a higher buy-in of $100 but offers $20,000 in total prize money. Move on to the 7pm hour and you have the Sunday High Roller. It is still affordable though, with its $250 buy-in. The prize pool to this event is $10,000.

The last event of the night is the Sunday Supersonic. This event has a buy-in of $50. It will feature a prize pool of $2,500. Because player turnout has been more than expected, PokerStars has increased the prize pools for events, which means more value for those taking part!

There is plenty to explore at PokerStars Michigan. The site offers cash games, Spin & Gos as well as Turbo and Hyper SNGs. Each of these options offers varying formats and buy-ins so players of all skill levels and bankrolls can take part.

Also taking place this Sunday is the Celebratory Launch Freerolls. The site is offering up $50,000 in total prize money due to the launch. Players who have verified accounts in Michigan can join in as many freerolls as you like. The prizes provided will range from $2500 to $7500.

We expect even more to be added to PokerStars MI in the coming weeks. PokerStars likes to keep things the same within all of its platforms. Pennsylvania is a good example of that. Patterned after New Jersey, the Pennsylvania site began offering the same type of big events such as the Winter Series.

It is expected that Michigan will offer the same. It will not be surprising to see big events scheduled in the future, such as the Michigan Championship of Online Poker. The size and scope will of course depend on the market. Pennsylvania often offers larger prizes and more events than New Jersey due to the size of the market. We shall see how Michigan fits in once such events are launched in the state.