Last week it was announced that both Phil Hellmuth and Annie Duke had mutually parted-ways with online poker site Ultimate Bet (UB.com), and on the same day they announced that there would be a new addition to… 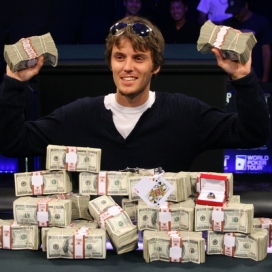 Last week it was announced that both Phil Hellmuth and Annie Duke had mutually parted-ways with online poker site Ultimate Bet (UB.com), and on the same day they announced that there would be a new addition to Team UB announced this week, and yesterday they made the announcement – Prahlad Friedman has joined Team UB.

Ever since UB.com stated that they would be announcing a new pro to their team all of the speculation was that it would be Friedman who would be revealed after tweeting the following on his Twitter account back in November:

I said I would never sign with a poker site. Should I ever reconsider? What y’all think? I would have to get over the fact that I’m ‘selling out.’ I’m the only player in the world that hasn’t wanted a deal that I know of.

The speculation that it Friedman would be the new signing at UB.com sent shockwaves through the poker community and has caused quite a stir – particularly with Team PokerStars Pro Daniel Negreanu. The reason everyone was so shocked is because Ultimate Bet had a ‘superuser scandal’ and Friedman was a victim and lost a lot of money (of which he has been paid back), however many poker players believe Friedman has shown a lack of dignity by signing for a site where he was a victim.

UB will always have to offer more than face value [for a sponsorship] because given a choice that’s close, no one would choose UB. Or shouldn’t… UB has to offer more money obv. He used to say it wasn’t about the money. I don’t believe that anymore… He used to speak out against all corporations, claiming he stood for something. Then, the money was right and his tune changed… I get it happens. I’m disappointed it did happen. I’ve always liked Prahlad and still do despite his decision. Just shocking.

Also commenting on the signing was poker player Alex Outhred who stated:

Like you, I’ve known him for years, which makes it all the more shocking. I’ve defended Prahlad on many occasions. Can’t here.

Prahlad Friedman has since said that a big factor for him signing with UB was that they are giving him a bigger role in the site as a ‘frontman’ to represent them and that if he had signed for Full Tilt Poker or PokerStars he felt he would just be another pro making up the numbers and wouldn’t get much recognition amongst all the other professionals.