PokerStars to Host the Championship of Online Poker Michigan

PokerStars to host its first Michigan Championship of Online Poker starting next weekend. 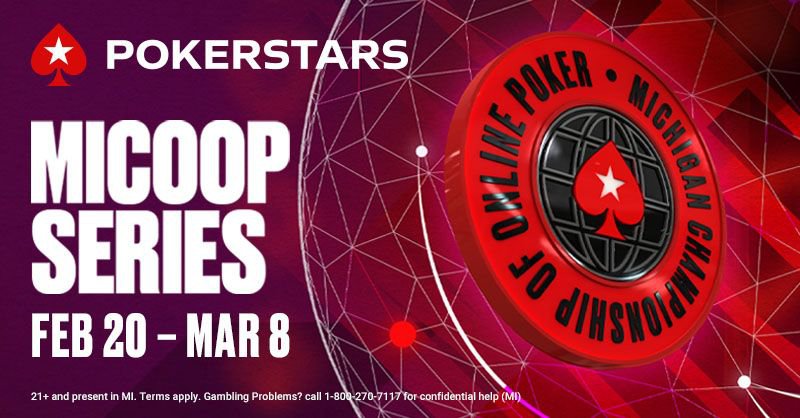 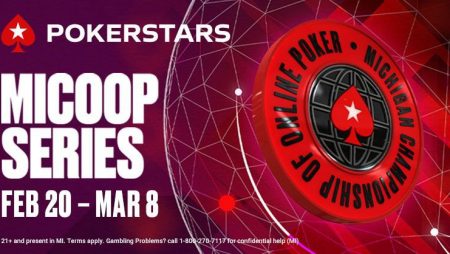 PokerStars is wasting no time in getting started with premium tournament action in Michigan. After only being operational for a short time, the platform is already preparing to host a Michigan Championship of Online Poker (MICOOP). The series will begin on February 20 and feature $1 million in total prize money. There are dozens of events on the schedule with plenty of formats to meet every player’s needs.

When the MICOOP kicks off, players will be able to compete in 60 tournaments. The buy-ins will start at a low $10 and go as high as $500. This is a nice range, providing a low end for budget players and the high end is not unattainable. The Main Event of the series will offer a $125,000 prize pool with a $300 buy-in.

In general, the series will include 20 events with a prize pool of $20,000 or more. Additional highlights on the schedule include two Special Editions of the flagship weekend event known as the Sunday Special. Players can compete with buy-ins of $200 and $250. The lower buy-in event offers a $40,000 prize pool while the higher one has a $50,000 prize pool.

Most of the events will be in no limit hold’em format but there will also be MTT options like Rebuys, Deepstacks, Zoom, Freezeouts, PKOs, and Marathons, among other options. There will be slow speeds, turbos, and hyper options as well.

The series will also include the lesser-known variants like Limit Stud Hi/Lo, 8-Game, Omaha Hi/Lo, 5 Card Omaha, and more. Players will find a nice variety to mix things up when competing in various events.

The MICOOP is a series that is surely not to be missed by players located in Michigan. PokerStars knows the series alone will be a big draw, but they are playing it safe and also offering up a Depositor Freeroll to the Main Event.

Players who deposit at the site before March 7 can take advantage of a special deal that will provide a free ticket to the Main Event Depositor Freeroll. The freeroll will offer up 35 tickets to the Main Event. Each of these tickets has a $300 value.

The buy-in for the Main Event is relatively low and we expect the turnout will be large. All eyes will be on the entire MICOOP due to it being the first big series in Michigan plus the type of series it is. Players have competed in Online Championship Series from PokerStars before in New Jersey and Pennsylvania. Every time the series takes place there is a huge turnout and sometimes records are broken.

With the MICOOP, this series will give us a good idea as to just how popular online poker could be in the state. If each guarantee is met and player turnout is large, then the industry is already set up for success. If the site sees overlays, more work needs to be done to see the industry become as fruitful as it can be via player participation.