Players in France, Spain, and Portugal are unable to play in the next WCOOP, so PokerStars is hosting a special Galactic series of 186 events and over €15 million guaranteed. 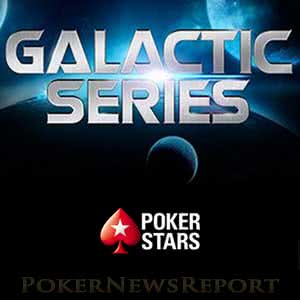 Players in France, Spain, and Portugal are unable to play in the forthcoming World Championship of Online Poker, so PokerStars is hosting a special Galactic series comprising of 186 events and guaranteed for over €15 million. Satellites to the first feature events start tonight on the .fr, .es, and .pt platforms.

For many years, players in France, Spain, Portugal, and Italy have been unable to compete in the world´s most valuable online poker tournaments due to national gambling regulations. This has deprived them of participating in tournament series such as the PokerStars´ World Championship of Online Poker (WCOOP), Party Poker´s PowerFest series, and 888Poker´s XL series.

Since the rules were relaxed to allow shared liquidity, PokerStars has hosted some valuable tournament series for its French, Spanish and Portuguese players – most recently its [geolink href=”https://www.pokernewsreport.com/trio-series-to-boost-pokerstars-shared-liquidity-market-22464″]TRIO Series back in June[/geolink] (Italy is yet to join the shared liquidity market and is [geolink href=”https://www.pokernewsreport.com/are-stakeholders-crying-wolf-at-italys-gambling-ads-ban-22642″]unlikely to do so for some time[/geolink]). Now the site has announced a special Galactic tournament series to compensate players in the shared liquidity market for missing out on this September´s WCOOP.

Considering the Galactic tournament series is being hosted for a supposedly ring-fenced market, it compares well to the WCOOP in terms of the length of the series, the number of events, and the prize money on offer. Furthermore, due to the national gambling regulations in France, Spain and Portugal, the schedule for the series consists of only NL Hold´em and PL Omaha tournaments. There are no “minority-interest” events such as Razz or 2-7 Draw, but also no mixed poker tournaments.

A further difference between the two series is that the WCOOP consist of multiple events starting simultaneously with three different levels of buy-in. In comparison, there are rarely more than two Galactic events going off at the same time, and tournaments have a wide range of buy-ins from €5 to €250 (the maximum allowed under Spanish law). Naturally, with a €250 cap on buy-ins, the Galactic Main Event cannot compete with the $10 million guarantee of the WCOOP.

The full schedule for the Galactic tournament series has not yet been officially published, but all the tournaments are already open for registration under the Galactic Series tab on PokerStars´ .fr, .es, and .pt platforms. Players will not yet be able to register for the €100,000 freeroll, as this is only open to players who make a deposit from August 20, but the first of the Galactic satellites start tonight with seats up for grabs in the €150,000 Sunday Classic and the €300,000 Sunday Special on August 26.

Also open for registration is this coming weekend´s Half-Price Sunday tournaments. These are the biggest tournaments of the week available to players in France, Spain, and Portugal, and have some stunning guaranteed prize pools compared to the reduced buy-ins:

The big question for players eligible to play in both the WCOOP and the Galactic Series is which one will you choose? Or, will you play in both? Why not take advantage of the early satellites for both series, see which events you qualify for, and decide later. Don´t forget, there is a special depositors promotion from August 20 giving players the chance to win one of 400 seats for the Galactic Main Event; so now might be a good time to [geolink href=”https://www.pokernewsreport.com/how-to-create-an-account-on-pokerstars-es-22134″]open an account on the .es platform[/geolink] if you have not already done so.