Never before has the prize pool for a $22 tournament been so juicy. 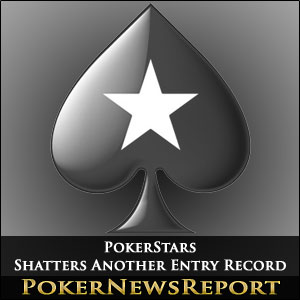 Never before has the prize pool for a $22 tournament been so juicy.

Back in 2003, Chris Moneymaker took $39 from his PokerStars account and parlayed it into $2.5 million. Not only that, he inspired an entire legion of amateurs to try their luck online. Since then and despite Black Friday, PokerStars has become the biggest and most prestigious online poker site in the universe. Breaking record upon record, insanely large tournament fields have become the norm. But few could have predicted in 2003 that players would be able to convert tiny buy-ins into huge paydays on a near daily basis.

Sunday’s MicroMillions Main Event was just another example of how an Average Joe can transform a paltry amount into life changing money. The series, which is catered towards players with smaller bankrolls, ran from July 18th through the 28th and in that time sponsored 100 events, only one of which featured a buy-in higher than 11 bucks.

Players came out in swarms. Events boasting over 10,000 entries were not uncommon, but nothing would compare to the influx of players who tried their luck in the Main Event. For $22 players would be given a chance to win a piece of the astounding $1 million guarantee. In total, 59,213 players showed up for the Main Event, making for a final prize pool worth nearly $1.185 million.

The winner of the event, a no-name player who goes by “stygher” received $160.726 for his 1st place effort. Featuring a pay structure that was decidedly skewed towards the top four finishers, players were only guaranteed $5.3k for making it into the top 9, leading to one of the best hotly contested and tense final tables in tournament history.

Due to the sharp payout jumps, some players proposed a deal, but “stygher” refused. Usually, refusing a deal is a recipe for disaster, but in this case it worked out.

The MicroMillions V Player of the Year was a player from Russia called “JustProSkill.” Living up to his name, “JustProSkill” amassed a whopping 31 cashes and two final tables. For his efforts, he (or she) was rewarded with a ticket to the upcoming WCOOP Main Event – valued at $5,200. Players who finished in the top 50 also received tickets to smaller buy-in WCOOP events, with players in the top 10 granted entry into a $1,050 event of their choosing. Looks like “JustProSkill” and 49 others will get the opportunity to test his incredible talent against the big boys.

But for now, PokerStars has solidified its stance as a place where any one with a few bucks and a bit of talent can secure their financial future without risking more than the price of a movie ticket.