PokerStars is rebranding all its sponsored tours as either Championships or Festivals from the beginning of 2017 and upgrading its PSLive registration system. 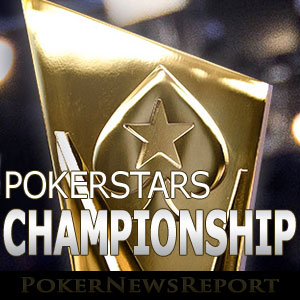 PokerStars is rebranding all its sponsored tours as either Championships or Festivals from the beginning of 2017 and upgrading its PSLive registration system.

Just as you got used to the major stops on the European Poker Tour coinciding with regional tours (like the current EPT Barcelona and Estrellas Poker Tour), PokerStars is moving the goalposts to divide the two sets of events up again.

PokerStars is following in the footsteps of the WSOP and WPT by creating a two-tier live tournament program that will have one set of “Championship” events and one set of “Festival” events – like WSOP Circuit or WPT Regional events.

As part of the restructuring of its tours, PokerStars is upgrading its PSLive registration system, releasing a new mobile app for all PokerStars Championship events, and introducing on-site self-service terminals to streamline the registration process.

From the beginning of next year, PokerStars will take the biggest and the best events from the European Poker Tour (EPT), the Asia Pacific Poker Tour (APPT) and the Latin American Poker Tour (LAPT) and combine them into one Championship series.

Each leg of the PokerStars Championship series will run over 7-12 days and feature the higher buy-in events that the EPT, APPT and LAPT are renowned for – including a $/€5,000 buy-in Main Event and multiple High Roller events.

The first leg of the PokerStars Championship will take place in the Bahamas from January 6th to 14th (formerly known as the PokerStars Caribbean Adventure), with other legs planned later in the year for Panama, Macau, Monte Carlo, and Barcelona.

The PokerStars Festivals are being aimed at recreational players and replace events on tours such as the UK and Ireland Poker Tour (UKIPT), the French Poker Series (FPS) the Estrellas Poker Tour (ESPT), and the Central/Eastern European Poker Tour (EUREKA).

Each of the Festivals will be slightly shorter than the Championship events, have a Main Event with a lower buy-in ($/€1,000 – $/€1,500) and distractions away from the poker tables such as a StarsFun skill zone and casino tournaments.

The first of the Festivals has already been scheduled for October in New Jersey from October 29th to November 6th at the Resorts Casino Hotel in Atlantic City. A second PokerStars Festival is being planned for London in January. Edgar Stuchly, PokerStars’ Director of Live Events, said:

The PokerStars Championship will include top-tier events that will visit the most exciting and prestigious destinations worldwide, similar to the much-loved European Poker Tour, while the PokerStars Festival events have a more regional feel, positioned as an action-packed poker vacation.

Online Qualification Will Remain the Same

There are no plans to change the structure of online qualifiers to PokerStars´ live events or the number of satellites that the world´s largest online poker site will host. What does seem to have changed – other than the names of the events – is the number of live tournament series that will be played.

There are two more stops scheduled this year for the European Poker Tour (Malta in October and Prague in December), but nothing planned for any of the national tours. It is a bit like when Marathon changed its name to Snickers, or Opal Fruits to Starburst. The product is still the same, but there is just less of it!