A New Jersey appellate court ruled against PokerStars Monday in their bid to keep the deal to purchase the Atlantic Club casino alive. 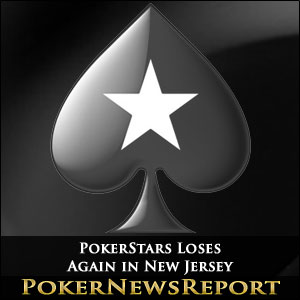 A New Jersey appellate court ruled against PokerStars Monday in their bid to keep the deal to purchase the Atlantic Club casino alive.

Aiming to get a foothold in the U.S. online poker market is proving to be quite difficult for the [geolink href=”https://www.pokernewsreport.com/pokerstars”]world’s biggest poker site[/geolink]. New Jersey is seen as PokerStars best shot at gaining entry to the newly-regulated market. But an appellate court sided with a lower court judge’s decision to allow the Atlantic Club to terminate the acquisition agreement.

That agreement called for PokerStars to buy the floundering casino at the bargain basement price of $15 million. PokerStars had already paid $11 million toward the purchase price, but failed to receive preliminary approval from state gaming officials by the agreed upon date of April 26. That allowed the Atlantic Club to wiggle out of the contract and keep the $11 million. An additional $4 million is still owed to the casino from PokerStars as a termination fee, which the poker site will also likely challenge in court.

New Jersey has no “bad actor” provisions in its online gambling statute, having removed the language prior to New Jersey Governor Chris Christie signing off on the legislation in February. Nevada did include such restrictions in its online poker statutes and so are most other states considering approval of Internet gaming regulations.

PokerStars’ decision to continue operating in the U.S. following the enactment of the UIGEA in 2006 may haunt the site’s desire to operate legally in the U.S. for years to come. However, it is that same decision that has been partly responsible for PokerStars’ current worldwide dominance in the online poker market. Player traffic at PokerStars is more than double that of the next four top online poker sites combined.

The Atlantic Club is reportedly still for sale, albeit at a much heftier price tag than $15 million now that a license to provide online poker and gambling is likely one of its assets. The casino has struggled mightily in recent years, as have the other brick and mortars on the Eastern seaboard. But New Jersey lawmakers are banking on a regulated Internet gambling industry to revitalize its flailing profit margin that saw declines in revenue for six consecutive years due to competition from neighboring states such as Pennsylvania.