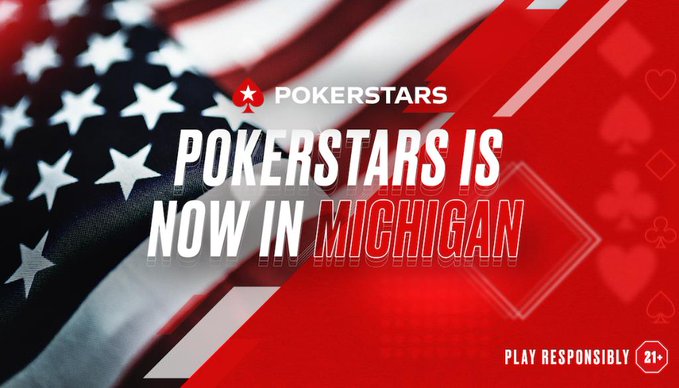 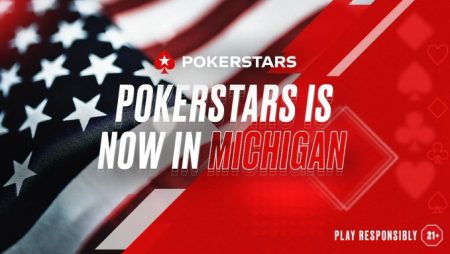 It has been over a year since online gambling was legalized in Michigan through the Lawful Internet Gaming Act. Michigan Governor, Gretchen Whitmer, signed the act into law in December 2019. However, online gambling only started in January 2021 as some paperwork, rules, and regulations needed to be settled. That said, 10 internet casino and sports betting operators launched in the Wolverine state on January 22, causing a shred of disappointment in the online poker community. Just one week after, the world’s largest online poker operator – PokerStars – launched real-money online poker in Michigan. The launch by PokerStars has made Michigan the fifth state to offer legal online poker.

The announcement by PokerStars came as a surprise to the online poker community as no hint was given on the desire to launch in Michigan. The announcement was made late in the night on Friday, January 29, by PokerStars through their official Twitter page. The tweet reads, “Welcome to the table. PokerStars, Stars Casino, and FOX Bet are now live in Michigan.” While other operators have launched online casino and sports betting, PokerStars is the first to add online poker to the mix through their partnership with FOX Bet.

It is safe to assume that the plan to launch online poker in Michigan has always been there, but we have been blind to it. Few days into 2020, which translates to weeks after the announcement of the legalization of online gambling in Michigan, The Stars Group and FOX Bet went into partnership with the Little Traverse Bay Band of Odawa Indians. Apart from it being a requirement for operators to partner with land-based casinos, why this partnership is noteworthy is because the gaming authority in Odawa oversees two casinos. That means the Stars Group secured access to two land-based casinos in one deal. Only one of the casinos have online poker rooms, according to their websites. We are yet to see both casino websites linked to the Stars and FOX Bet online gaming sites with the launch. However, it is still in its early stages, and the site might still be undergoing testing.

The Michigan Gaming Control Board through its executive director, Richard Kalm, has welcomed all three parties to Michigan’s growing online gaming and sports betting market. He stated that revenue generated from them will go into education, support for the tribal communities, and the development of the city of Detroit. Action from the first online table in Michigan commenced at 1:30 PM on Saturday, January 30, with a $0.5/$1 no-limit hold ’em. Over 800 players were actively playing at different tables that afternoon. PokerStars also offered two promotions to welcome players, one of which is the 100 percent depot bonus with deposits over $600.

The first day of online poker action had its fair share of glitches, more in the area of making deposits. However, it was expected that the first day does not go so well. However, many will call it a success as poker players in Michigan could enjoy the game from the comfort of their homes. Whether more operators will join the market is yet to be determined. It is worth noting that PokerStars have hit the ground running, and we expect to see greater things in the Michigan online gaming market in the months and years to come.