PokerStars brushed off its latest courtroom defeat of failing to acquire the Atlantic Club casino by finding a new casino partner on the NJ boardwalk. 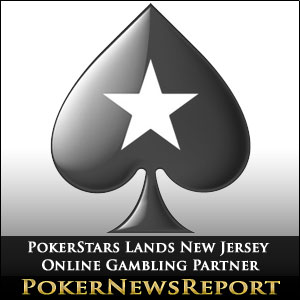 PokerStars brushed off its latest courtroom defeat of failing to acquire the Atlantic Club casino by finding a new casino partner on the NJ boardwalk.

Resorts Casino Hotel, the Eastern seaboard’s oldest casino, has named PokerStars as the provider of its online gaming software. The two companies announced their alliance and were equally excited about the new era of online gambling in New Jersey.

Mark Scheinberg, the CEO of PokerStars’ parent company the Rational Group, called the teaming with Resorts Casino “fantastic” and stated that the company was overjoyed at the prospect of investing in New Jersey. One would think that this new investment will go better than the last one which saw PokerStars dump $11 million into keeping the Atlantic Club operating, only to lose that investment over a contractual clause that could not be met.

While the partnership has been made public, keep in mind that New Jersey gaming regulators still must approve the collaboration. Gaming officials could put the kibosh on the deal by finding PokerStars to be an unsuitable partner due to their past transgression of operating in the U.S. after federal lawmakers passed the UIGEA. However, with no bad actor clause in New Jersey’s online gambling regulations, PokerStars may have at last found their way into the U.S. online poker market.

Betfair is the world’s largest betting exchange. Based in the United Kingdom, Betfair currently runs a poker site on the Ongame Network. Although Americans are forbidden from wagering at Betfair’s poker room or on sports betting at the exchange, the company has a presence in New Jersey by way of TVG. That Betfair holding provides horse wagering and is fully licensed in New Jersey.

Trump Plaza should not be confused with the Trump Taj Mahal. Although both casinos bear the Trump name, the Taj Mahal earlier announced its partnership with Ultimate Poker.

Atlantic City’s Tropicana has named Gamesys as its Internet games provider. Gamesys is well-known for producing bingo and casino games. It launched Bingo Friendzy for real money on Facebook roughly one year ago.

All but two Atlantic City casinos have now revealed their online gaming partners. Caesars owns four casinos in the state and has teamed with 888 Holdings to operate Internet gambling through Showboat, Bally’s, Harrah’s and Caesars casinos. The Borgata has allied with bwin.party, while Golden Nugget and Bally Technologies have also forged a union.

Still unknown to the public are the partnerships of the Revel and the Atlantic Club. The latter has been battling PokerStars in court over an acquisition agreement that was terminated due to PokerStars’ failure to secure a timely casino operating license. Although PokerStars has seemingly gotten its foot in the U.S. market via its new partnership with Resorts Casino Hotel, the legal squabble over the Atlantic Club is likely not yet over.