PokerStars.fr to Block Players from Outside France

PokerStars has announced that from February 13th players outside of France and French territories will no longer be allowed to access the .fr platform. 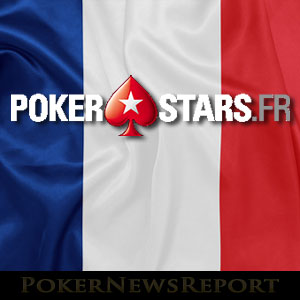 PokerStars has announced that from February 13th players outside of France and French territories will no longer be allowed to access the .fr platform.

The news that PokerStars was banning players domiciled outside of France from playing on its .fr platform broke yesterday on the ClubPoker.net forum. According to the Poker Room Manager for PokerStars.fr – “Benjamin” – players from outside of France are being advised to cash in their StarsCoins and withdraw their funds prior to creating an account on the .com, .uk or .eu platforms.

The move has been welcomed by some French players and criticised by others. Those who welcome the move argue that it will remove predatory “foreign” players from the higher stakes cash games, where the percentage of non-French players is estimated to be in excess of 50%. Those critical of the move argue it will reduce liquidity and tournament prize pools.

Is PokerStars Preparing for a Pan-European Market?

The manoeuvre has prompted some observers to speculate that PokerStars is banning foreign players ahead of a shared liquidity agreement between France, Spain, Italy and Portugal. PokerStars will only comment that the reorganisation has been made to adapt to a “constantly changing environment” – a typical response from an organization that now appears limited in its communication abilities.

The speculation prompted rumours that the leading online poker site in France – Winamax – would soon follow suit. Winamax is known to be recruiting Spanish, Italian and Portuguese-speaking employees, but the site was quick to respond to players´ requests for information about its future plans.

The Timing of PokerStars´ Announcement is Premature ……

Giving last-minute notice of major changes is not new for PokerStars. Last year the site gave players in Slovenia just three days notice to empty their accounts when it was announced PokerStars was withdrawing operations from the country. However, if the French manoeuvre is in preparation for a future pan-European market, it is premature and could have been delayed for several months.

Talks between European regulators to discuss a shared liquidity arrangement in ring-fenced European states [geolink href=”https://www.pokernewsreport.com/pan-european-liquidity-talks-too-little-too-late-20979″]only started last September[/geolink]. One further meeting was held to establish the interested parties in November, and the group is not due to meet again until March. The finalisation of any plans in March is unlikely, as Portugal has only just submitted its technical standards framework to the European Commission, and no decision on the framework is expected before April.

.… And It Could Backfire on the World´s Largest Poker Site

PokerStars.fr is already struggling in the ring-fenced French market. Winamax attracts more than three times the number of cash game players and double the number of tournament players, and the gulf between the two sites is likely to grow once PokerStars´ ban on foreign players takes effect next Monday – many of whom will move over to the world´s largest poker site´s largest competitor.

Not only will the prohibition of foreign players affect the volume of traffic on PokerStars, but many French players will also likely abandon the site and defect to Winamax – where they will find much higher levels of liquidity and more valuable tournaments. PokerStars.fr might even find itself in a battle for second/third place in the French online poker market with PartyPoker.fr.

This could certainly happen. Despite having a monopoly in Portugal and being the market leader in Italy, PokerStars´ dominance of a pan-European market is not guaranteed. 888Poker.es and the iPoker Network in Spain have respectively maintained and improved their levels of traffic in a general declining market, and this latest manoeuvre in France market could devastate PokerStars´ position in the French market.

Should Winamax choose to launch platforms in Spain, Italy and Portugal, or Party Poker or 888Poker expand their operations beyond France and Spain respectively, there could be some serious competition for PokerStars. It could also be the case that the iPoker Network – the only “site” other than PokerStars to have a presence in Spain, France and Italy – could take advantage of a shared liquidity agreement to step up and become Europe´s largest operator.

A five-way battle for Europe? That would make it interesting for players!