With an agreement in hand that admits no wrongdoing and allows for re-entry into the U.S. online poker market, PokerStars will undoubtedly apply for a license. 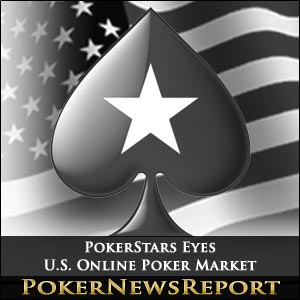 With an agreement in hand that admits no wrongdoing and allows for re-entry into the U.S. online poker market, PokerStars will undoubtedly apply for a license.

The agreement brokered between PokerStars, Full Tilt and the U.S. Department of Justice (DoJ) in which PokerStars has acquired the assets of Full Tilt allows the world’s top poker site to re-enter the U.S. online poker marketplace as long as they are granted a license under either a state or federal framework. The agreement specifically states, PokerStars is prohibited from offering online poker in the U.S. for real money unless and until it is legal to do so under U.S. law. This was a crucial element to the agreement that in all likelihood would not have been finalized without its inclusion.

Nevada is currently preparing to be the first state to offer online poker to its residents and is in the midst of reviewing applications for licenses, having already approved Bally Technologies, International Game Technology and Shuffle Master to offer poker services to operators. Next week, the Nevada Gaming Control Board is scheduled to consider the applications of South Point Poker and Monarch Interactive, with another 30 or so applicants to follow in the coming months.

Although some poker sites such as Party Poker withdrew from the American market in 2006 due to the Unlawful Internet Gambling Enforcement Act (UIGEA), PokerStars, Full Tilt and Absolute Poker flouted the law and continued to operate in the U.S. until federal authorities seized their domain names on April 15, 2011. Now holding a signed agreement with the DoJ that does not prohibit them from operating a poker site in a regulated U.S. market, what are the chances of PokerStars obtaining a license in Nevada?

Prior to Black Friday, PokerStars had been negotiating with Wynn Resorts in Las Vegas on a partnership agreement, but the DoJ ended those discussions. Its certain that PokerStars’ activity in the U.S. post-UIGEA will not be looked upon altogether favorably by Nevada gaming officials. Their credibility is an issue. However, with their overall dominance in the marketplace that will now be strengthened even further with the acquisition of Full Tilt, PokerStars’ monolithic database of players will undoubtedly be very attractive to Nevada.

There is some indication that PokerStars may not have been completely upfront with Nevada lawmakers during discussions that centered around the partnership with Wynn Resorts before Black Friday. Industry insiders believe that PokerStars knew the feds were investigating offshore poker sites. Whether the Nevada Gaming Control Board will hold that against them when they apply for a license to operate in Nevada remains to be seen. Applicants in the Silver State must show gaming regulators that they are suitable licensees. In that regard, PokerStars Chairman Mark Scheinberg believes his company can pass any test.

The way we have operated our business since the U.S. Department of Justice brought its claim has underlined our credentials as a responsible online poker operator, Scheinberg said in a statement.

Nevada regulators look at each applicant’s case on an individual basis before making a determination to grant a license. PokerStars admitted no wrongoing in their agreement with the DoJ. So at this point, in the absence of federal regulations, it will be up to Nevada and other individual states that may enact online poker legislation in the future to decide if PokerStars are worthy of a license.

Mark Lipparelli, the chairman of the control board, said at a Gaming Policy Committee meeting that several international online gambling companies have reviewed Nevada’s regulation standards and chose not to apply for a license due to the strict nature of the requirements. You can bet that PokerStars will not be scared away from applying for a license to operate in Nevada or any other state.