PokerStars continue to expand their empire as the world’s biggest poker room by launching a new website, pokerstars.eu, after previously acquiring a gaming licence from Malta. 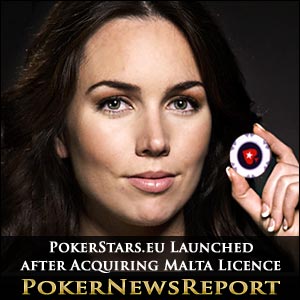 PokerStars continue to expand their empire as the world’s biggest poker room by launching a new website, pokerstars.eu, after previously acquiring a gaming licence from Malta.

The dominating poker room believes this new site will be of benefit to countless players within many of Europe’s markets – particularly those in Finland and Sweden after these countries were targeted as the initial beneficiaries of the launch.

Why them, though? Well, PokerStars have decided to tackle the uncertainty related to the taxation of winnings from gambling within some countries – and Finnish and Swedish poker players have seen taxes of as much as 50% taken by their governments from online winnings gathered from outside the European Union (EU).

Finns and Swedes the First to Benefit from Site

However, with PokerStars.eu up and running, Finns and Swedes can now play their poker tax-free as Mediterranean nation Malta – which belongs to the EU – has no laws that tax winnings from gambling.

Of course, the aim is to continue into other new markets soon, but for now it is these two nations that will have access to the site.

But this new website from PokerStars is sure to see an even greater presence from these two nations on future tours and at cash tournaments as online players venture into the world of live poker – particularly as they will now be able to play in massive tournaments such as the Spring Championship of Online Poker (SCOOP), the Sunday Million and World Championship of Online Poker (WCOOP).

PokerStars also see this launch as a means of leveling the playing field in relation to poker rooms that had gained licences ahead of them from Malta’s Lotteries and Gaming Authority.

Guy Templer, the business development head at PokerStars, pointed out that several markets within Europe treat EU-licensed operators “differently than other licence-holders”.

Therefore, Templer reckons providing this new Maltese-licensed website offers “benefits” to these Scandinavian nations’ players, although he did emphasise that “we are always striving” to supply a quality poker room to players, “wherever they are located”.

It should be noted that PokerStars.eu players can still gain access to poker software, tournaments and games through the PokerStars.com site, while Swedish and Finnish customers have the ability to register accounts at the new website, while also being able to update their software, too.

Most importantly, though, every little piece of players’ account details – and that includes VIP points and status – have been transferred to PokerStars.eu.

PokerStars now holds licences in Belgium (after gaining that last week in conjunction with online casino operator Circus Groupe), Italy, France, Denmark, Estonia, the Isle of Man and now, of course, Malta – prompting the poker room’s corporate communications head Eric Hollreiser to say that he doesn’t “know of any company in our industry that has been licensed by as many jurisdictions as PokerStars”.

Hollreiser also pointed out that it is no easy task gaining a licence as it needs “significant resources” as well as a readiness to permit “detailed scrutiny of company practices and procedures” to establish an candidate’s “credentials in important areas” such as “integrity, security, and attitudes to responsible gaming”.

However, he also pointed out that PokerStars were willing to go through this process as the company believes there is a “clear benefit” to the industry, players and his poker room.