From May 18-23, PokerStars is bringing back the popular Lex Not Live poker festival. 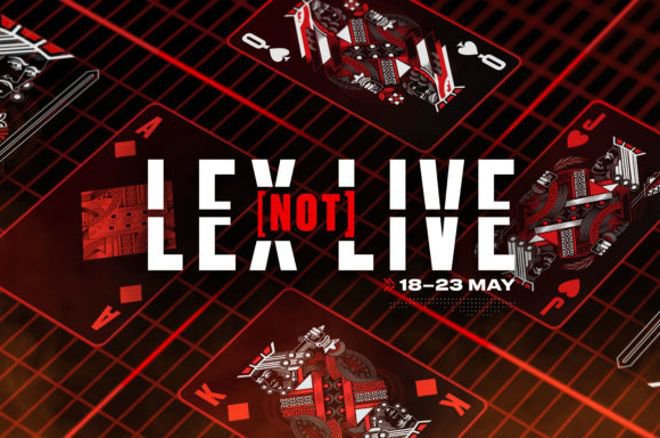 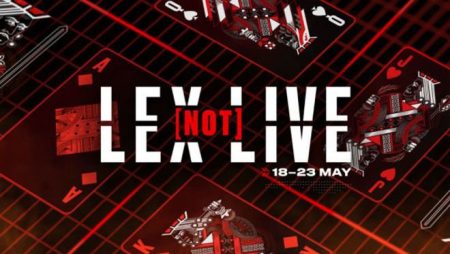 Yet another online poker festival is in the works. PokerStars just announced late last week that its popular Lex Not Live festival will be back in action from May 18-23. The series will feature the PokerStars Ambassador Lex Veldhuis, a popular fixture on Twitch.

Details of the Festival

Lex Not Live will provide 16 events with low buy-ins ranging from $11 to $55. The series will offer up over $500,000, so there is value in every event. Veldhuis will be offering several ways for fans to earn tickets to the series events while having fun online.

Earning a Seat to the Series

As with most PokerStars big online events, there are ways to earn seats to the Lex Not Live events. There are several ways to earn a ticket. Fans who watch Lex’s stream on Twitch and have linked their Twitch and PokerStars accounts have a shot at earning tickets. This is one of the options that require minimal effort. Players can earn satellite tickets and event tickets via Twitch.

There are also satellites on offer at PokerStars, with feeder options starting at a low $1. The goal of the low buy-in satellites and events is to make the series inclusive to everyone, no matter their bankroll.

The series will focus on the poker action, but also create a community setting by giving Lex an off day where he can have fun with fans. On May 21, Lex will take part in Off Day, where he will stream online video games and have an Amazon Movie Watch Party later in the day.

Players who take part in the series will find standard multi-table events along with other options. Also on the schedule includes Zoom events, progressive knockout bounty tournaments, Win the Button event, and an FU Flipout.

Each of the events focuses on offering something new and exciting to PokerStars players. With its low buy-ins and large guaranteed prize pools, it would not be surprising to find that the series exceeds its prize pool setting.

Stay tuned to see how Lex Not Live goes down and just how many players show up to take part in this unique online poker series. Plus, how much money is given away after each event is ended!