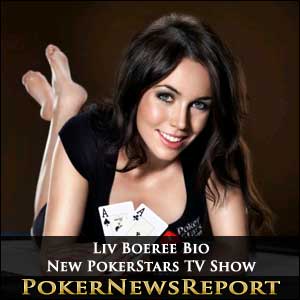 PokerStars.com has two TV offerings that poker fans will find interesting. The first is Big Game II, which has become a popular offering as pros and amateurs duke it out in a cash game. The show, which is in its second season, includes the highly popular and extremely proficient poker titan Daniel Negreanu.

When you compare this show to the long running Poker After Dark, the Big Game has definitely found a new and better way of doing it. These days Poker After Dark features some of the top players blankly staring at their cards and constantly playing with their chips. The personality, after three seasons, seems to have gone out of the show. Even someone like Phil Ivey, who is very charismatic, seems bored by it all.

Big Game II is a lively affair with a lot of banter, side interviews and some of the more interesting pro players around. And the amateurs tend to be a lot of fun. Some of the non-pros are famous folks and others are not. But they tend to be very good players—smart and poker savvy, and they also have interesting personalities.

There is, of course, a connection between that amateur and most of the viewers of Big Game, since most of those folks who play online poker would love to have a crack at a BIG GAME! It’s a great way to get the average Joe Poker and Jill Poker interested.

The other offering from PokerStars is a new biography on one of the hottest women in pro poker—Liv Boeree. Boeree is hot in two ways—as a player and a looker. The 26-year old, who has amassed over $2 million in live poker tournament winnings over the course of a little more than two years, is the subject of the bio Poker’s Million Dollar Girl.

Boeree came to the attention of the poker crowd through the reality TV show Ultimatepoker.com Showdown in the fall of 2005. She had some great coaches mentoring her, including Annie Duke, Dave Ulliott and Phil Hellmuth. In the show she was one of five poker-playing contestants.

Boeree started playing seriously and then in 2006 won a number of TV gigs as a host and commentator. As a player, she’s had eight money finishes in the World Series of Poker, one in the World Poker Tour and has won the European Poker Tour, earning €1,250,000 on 21 April 2010 in San Remo.

Her latest Tweet said, Oh btw the “million dollar girl” documentary is at 1.20 am MONDAY night for those of you in the UK.” Look for it to not only be repeated but also shown in other countries, including the U.S.

Big Game II will include film director Nick Cassavetes, who was recently named in the law suit field by the California bankruptcy trustee suing, amongst other, Spider-man Tobey Maguire and 70s sitcom star Gabe Kaplan, on the behalf of those who were bilked out of millions by hedge fund exec Brad Ruderman. Ruderman is alleged to have lost millions in an ongoing Beverly Hills poker game that featured top stars such as Matt Damon, Ben Affleck and Leonardo DiCaprio.

Look for the new season of Big Game II, which features a $100,000 buy-in cash game, on your local TV stations. Be sure to stay tuned for more programming from PokerStars.