Based on comments made by Amaya CEO David Baazov earlier this year, expectations were that PokerStars would be operating in NJ by the end of September. 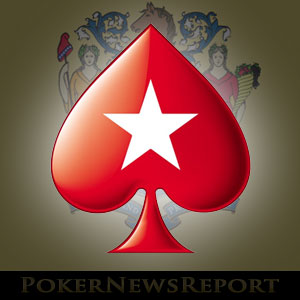 Based on comments made by Amaya CEO David Baazov earlier this year, expectations were that PokerStars would be operating in NJ by the end of September.

It looks as though that projection will be missed, as New Jersey Division of Gaming Enforcement (DGE) Director David Rebuck revealed that the investigation regarding PokerStars’ online gaming license application is an exhaustive process. That process was further complicated by the sale of PokerStars to Amaya last year.

DGE reps are scrutinizing the sale details that saw Rational Group – the parent company of PokerStars and Full Tilt – change hands and become the assets of Amaya for $1.4 billion. Rebuck stated on a podcast hosted by Global Gaming Business that the DGE has interviewed over five dozen individuals with knowledge about the acquisition, visiting six different countries to do so.

Regulators continue to gather information on Amaya, conducting a thorough review to make sure that the final decision regarding license approval is based on all the facts. That decision could have an effect on the online poker industry for years to come.

PokerStars’ approval in New Jersey would likely have a very positive impact on the Atlantic City gaming market. Not only online, but via live poker as well because PokerStars would likely open a poker room at the Resorts Casino, its land-based gaming partner. In addition, the efforts of Sheldon Adelson to put the kibosh on the spread of regulated online poker and gambling in the U.S. would be severely weakened by PokerStars’ presence in the marketplace.

Other states considering ipoker regulation may also be in fluenced by the OK of PokerStars to operate in New Jersey. The “bad actor” label currently affixed to PokerStars for servicing the U.S. market post-UIGEA may begin to diminish once New Jersey gaming regulators approve the suitability of Amaya.

States like Pennsylvania and New York that have held online poker hearings and are making moves toward regulation would be harder pressed to disallow PokerStars an online gaming license if the extensive vetting process by the DGE in NJ finds Amaya to be a proper candidate. After all, PokerStars’ preceived transgressions were done under the control of the Rational Group. Amaya had no part in remaining in the U.S. market after October 2006, which is the strike against PokerStars that has kept the poker site from the U.S. market for over four years.

It is currently unclear when the DGE will make the decision regarding the license of Amaya and PokerStars. But time is running out on Q3, the date previously mentioned by Baazov for PokerStars being approved and hosting online poker in New Jersey.