PokerStars has announced an ambitious plan to host “the richest and most exciting $25,000 live event in poker history” – the Players NL Hold´em Championship. 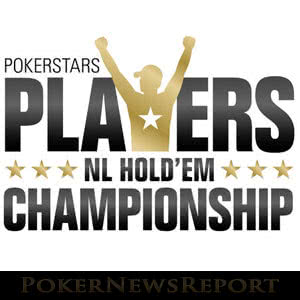 PokerStars has announced an ambitious plan to host “the richest and most exciting $25,000 live event in poker history” – the Players NL Hold´em Championship.

PokerStars is no stranger to hosting valuable live poker tournaments. In the past, the site´s Caribbean Adventure and EPT Main Events often achieved prize pools in excess of $10 million and attracted professional and recreational players from all over the world.

Following the events of Black Friday in 2011, the worldwide player pool shrunk significantly. As a result, PokerStars is unable to qualify as many players as previously for its showcase events and consequently the appeal of the events for eligible players has also declined.

Now the site is hoping to reverse the trend with the PokerStars Players NL Hold´em Championship – a $25,000 buy-in event that will take place in January 2019. PokerStars has announced it will be adding $1 million to the prize money and giving away three hundred packages to the event – each worth $30,000.

The PokerStars 2019 Players NL Hold´em Championship (PSPC) will be run from January 6th to January 10th at the Atlantis Hotel and Casino Resort in the Bahamas and will be one of the opening events of the 2019 PokerStars Caribbean Adventure (PCA) – thus likely attracting entries from players who have travelled to the Bahamas independently to play in the PCA Main Event.

As well as running online qualifiers to the PSPC, PokerStars will be giving away three hundred packages to the event. The packages – called “Platinum Passes” – included the $25,000 buy-in, accommodation at the Atlantis Resort and $2,000 towards travel expenses. The majority of the packages will be distributed throughout 2018 to winners of live and online events, and via multiple promotions.

Full details of the promotions have not yet been released, although they are expected to be included among the prizes for mission-based challenges, and some lucky players may find them in Rewards Chests. It has also been rumoured there will be freeroll tournaments centred around the WCOOP, SCOOP, and MicroMillions series that will give players more opportunities to win a package.

A Game Changer or a Vain Attempt to Recover Past Glories?

It is probably too early to tell. Although the announcement of the PSPC has been widely covered by the poker media, the response from players has been under-whelming. This could be attributable to the fact the event is more than a year away, or because many PokerStars players are still smarting from the removal of the former Stars Rewards program and they have an animosity towards the company.

The general consensus of opinion is that, although the PSPC will have an incredible amount of value and the event will be softer than a typical $25,000 buy-in tournament, this promotion – and the return of the EPT next year – is too little, too late “for Stars to recover from all the damage they have done” (sole contributor to discussion on Pocket5s poker forum).

It would also appear the majority of packages will be given to players who already attend PokerStars live events. A “representative infographic” released by PokerStars indicates there will be seven ways to win a Platinum Pass in live events and just four online. This would imply just over one hundred packages can be won by online players, which can hardly be classified as a “game changer” for the majority of players.