Online poker training site PokerSavvy Plus have announced that they have signed three of the best online poker players to their team of highly-successful coaches. The three players who have joined the site and will create… 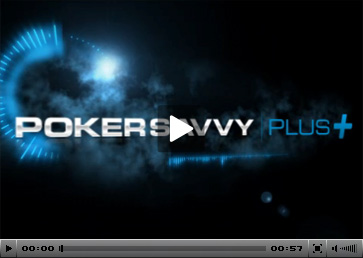 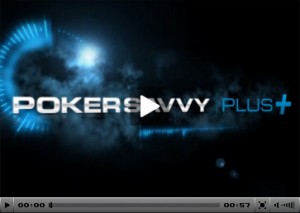 Online poker training site PokerSavvy Plus have announced that they have signed three of the best online poker players to their team of highly-successful coaches. The three players who have joined the site and will create training videos for users are Marcos ‘PezRez‘ Perez, Alasdair ‘md262‘ Mcclenahan (both of whom are Sit and Go specialists), and Joe “z06fanatic” Rohinsky (an MTT specialist). The addition of these coaches will bolster the STT and MTT sections of the training site greatly, making it one of the best all-round poker training sites on the market.

Marcos Perez who plays online under the alias ‘PezRez’ and is one the best Sit and Go players in the world, with winnings of almost $130k playing SNG’s with buy-ins between $36 and $100. Perez is actually currently ranked #1 on the 6-Max SNGs in 2010 for Total Profit list, and incredibly also finished last year in first place too – which proves he really is one of the best SNG players in the world and a great addition to the coaching team at PokerSavvy Plus. Perhaps more incredible is the fact that he has never even deposited to an online poker site, instead he won a few dollars while playing on his friends account in 2005 and ran it into a bankroll worth thousands by playing low-stakes Limit Hold’em. In 2006 he began playing Sit and Go’s, finding that he was more profitable playing them and therefore focused on them instead, constantly building his bankroll. In 2008 he even earned a 1st Class degree in Biological Sciences and decided to take a year out to play poker in order to fund a PHD, however the year proved so successful that he has put it on hold and plays professionally now and helping other players improve now that he is a PokerSavvy Plus coach.

Alasdair is also one of the top SNG players and has accumulated around $65k in profit after playing around 7,500 games and he is currently ranked 5th on the 2010 money list for Total Profit in 6-Max SNG’s. His career began with just one deposit, a $20 deposit on Ultimate Bet (now UB.com) for his 18th birthday and he has managed to build it into a very significant bankroll, becoming one of the best SNG players in the world along the way. Alasdair originally intended to become an accountant however the success he has had in poker has been too lucrative and he spends his time playing poker and building a property investment portfolio, with PokerSavvy Plus set to keep him busy as well.

Joe has been playing poker for the past six years, three of which he has been playing professionally and with great success. He has won almost $1 million and now considers himself an MTT (mutli-table tournament) specialist after successfully transitioning from SNG’s. Joe currently plays mid to high-stakes MTT’s and since turning his attention to MTT’s full-time last year he has ammassed $370k in profit. He puts an emphasis on his bankroll management for his success and states he hopes to contribute a lot to PokerSavvy Plus, not only by creating training videos but by creating informational videos about balancing life and poker, poker taxes and more.

These three fantastic additions to the PokerSavvy Plus roster strengthens the site and makes it one of the best all-round poker training sites with the announcement coming on the heels of Cardrunners signing Nicolak.