PokerHost – one of the longest established US-friendly poker sites – is shutting down on the 31st July after providing a service since 2005. 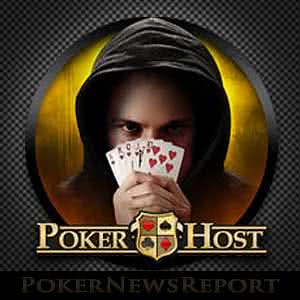 PokerHost – one of the longest established US-friendly poker sites – is shutting down on the 31st July after providing a service since 2005. Existing players are advised to withdraw their funds and redeposit them at Americas Cardroom, where new players are being offered a 200% bonus for cryptocurrency deposits.

According to an email sent out by the Winning Poker Network last night, PokerHost will be leaving the network and shutting down at the end of the month. Due to the site having an independent cashier, there are no plans to migrate PokerHost players to other skins on the Network, and players are being advised to withdraw their funds before 31st July.

No reason has been given for the closure; although speculation exists that PokerHost has been looking for a new home for a while. This is rumoured to be due to the site´s players not being able to benefit from the same promotions as those enjoyed by players on Network-owned skins such as Americas Cardroom and Black Chip Poker.

Due to the limited opportunities for US-friendly poker sites, the search for a new home has clearly not been successful and the site´s owners have decided to pull the plug on what has been an eventful journey for the relatively small poker site. There do not appear to be any concerns about the site´s financial viability, so players should not encounter any problems withdrawing their funds.

For readers interested in the background of PokerHost, the site was originally launched in 2005 as a skin on the Gibraltar-based Dobrosoft Network. Within a year it had moved to the Tribeca Poker Network; and, when Tribeca was acquired by Playtech in 2006, the site moved to the Microgaming Network.

PokerHost´s relationship with the Microgaming Network only lasted until the passage of UIGEA at the end of 2006 and the Network´s withdrawal from the US market. The site then moved to the Cake Poker Network, where it remained until the network was devastated by the Lock Poker scandal.

Due to the site having an independent cashier, PokerHost´s players did not lose any money in the scandal. However, in order to offer players better liquidity, the site moved to the Merge Poker Network in 2012. Unfortunately, this too resulted in a brief relationship, which ended when Merge was acquired by Jazette in early 2014 – Jazette insisting the site used the same cashier as the rest of the network.

Following a brief spell on the Equity Poker Network between April 2014 and December 2014, PokerHost moved to the Winning Poker Network; where its players were able to benefit from some promotions – such as Million Dollar Sundays and the Beast rake race – but not all. PokerHost ran some of its own site-exclusive promotions, but not enough to prevent players leaving and joining other sites.

Where Should PokerHost Players Head Next

To take advantage of this opportunity, simply visit Americas Cardroom and create a new account using the Americas Cardroom bonus code “PNREPORT” during the registration process. This code gives players access to up to four $250 freeroll tournaments during the month in which they register. It is a shame to see PokerHost shut after such a long and eventful journey, but at least players are assured of getting their bankrolls returned and have the opportunity to invest them at a potentially lucrative site.