Well, what a difference a week can make. It is exactly one week on from online poker’s ‘Black Friday’ and it is still making the headlines – and will do for some time. The ‘Big Three’ (PokerStars,… 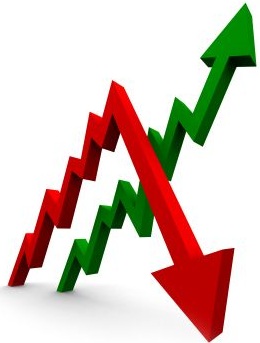 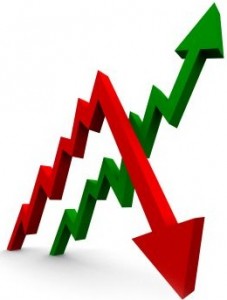 Well, what a difference a week can make. It is exactly one week on from online poker’s ‘Black Friday’ and it is still making the headlines – and will do for some time. The ‘Big Three’ (PokerStars, Full Tilt Poker and UB) have all seen a large decline in traffic due to them pulling out of the US market, while other sites which still accept US players have seen huge increases, and even European poker sites have been benefitting. In this article we take a look at the difference in traffic from last Friday compared to now.

The losers are obvious – PokerStars, Full Tilt Poker, and UB/Absolute Poker. They all had their .com domain seized (though PokerStars and Full Tilt Poker are now in control of theirs to begin paying US players) and all of them have now announced that they will no longer be accepting US players – a major blow to players.

PokerStars – PokerStars still remains the biggest online poker site however they have taken a significant hit in traffic. From last Friday their traffic is down around 24% (a significant amount for any business). However thanks to the huge international presence PokerStars holds, they will continue to succeed even without US players.

Full Tilt Poker – Black Friday events and leaving the US market has taken a huge effect on traffic numbers at Full Tilt Poker. Their traffic is down a staggering 48% however they also have a large international presence and are expected to remain the second largest poker site for the forseeable future at least.

UB/Absolute Poker – UB and Absolute Poker are on the Cereus Network and have taken the biggest hit of the ‘Big Three’. Their traffic is down a massive 53% which indicates ust how much they have been relying on US players. Some reports are questioning the uture of the site and if it will be able to survive, however they have  announced that player payments are their top priority right now so that will be some comfort for players with bankrolls there.

Some poker sites have been benefitting from ‘Black Friday’ as players seeked a safe poker site to play at.

iPoker Network – The iPoker Network enjoyed an increase of 5%. Many of the sites on the network launched special promotions and increased their bonus offer in an attempt to attract new players. [isGeoAllowed room=”bet365poker”]Bet365 Poker[/isGeoAllowed][isNotGeoAllowed room=”bet365poker”]Bet365 Poker[/isNotGeoAllowed] for example increased their welcome bonus offer from 100% up to $500 to 200% up to $1000 and offered existing players a massive up to $10,000 reload bonus!