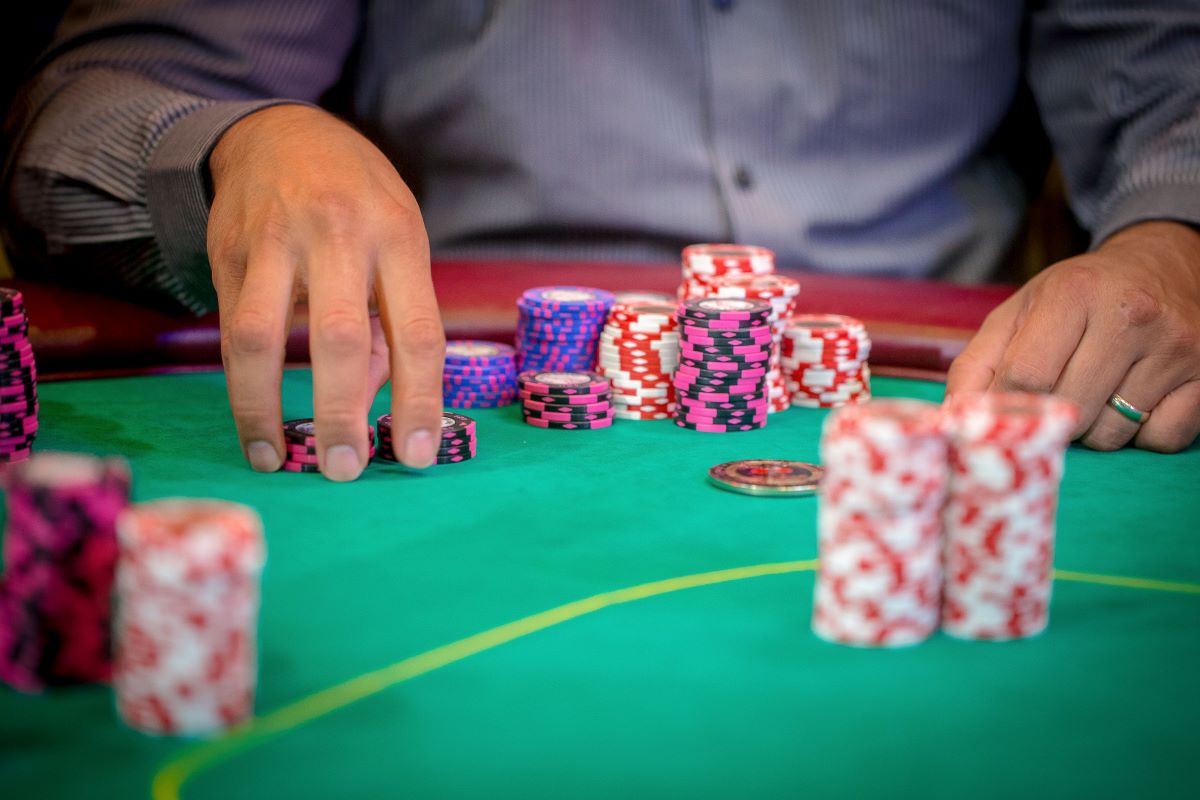 Betting is perhaps the most important part of every poker game, and it takes an artist to do it right. Naturally, it all comes with a lot of practice and developing the feeling of reading your opponents.

However, it would be impossible to do it if you don’t actually know the basic guidelines of betting, and one of the most important steps is the so-called re-raising.

What Exactly Is Re-Raising?

As the name itself describes it, it’s raising the bet more after your opponent made a raise. For example, let’s say that you bet $5, and your opponent raises to $10. You can either fold or call, but that would be considered passive play.

On the other hand, a more aggressive approach is actually betting more than your opponent did, so putting a total of $20 in the pot would be considered re-raising.

Naturally, re-raising occurs as part of your overall poker strategy. This type of betting is often called 3-bet as it’s the third raising bet in a single betting round.

If your opponent decided to raise the stakes even more and re-raise your bet to, say, $40, that would be considered a 4-bet. Your further re-raising would be 5-bet, and so on — you get the point.

There are numerous reasons why players opt to re-raise. Most of the time, they want to increase the amount of money that is currently in the pot, especially when they are certain that they are going to win the hand in the end.

That way, they can improve their win rate and their overall success in the game.

However, re-raising can also be used to make your opponents fold their cards. This is often done as part of the bluffing strategy. If you re-raise, tight and passive opponents would think twice about calling your bet.

Therefore, if you think there’s a chance they would fold their hands, then you should go for it.

Naturally, these are just some of the scenarios where re-raising would play a successful role. The real question here we all should be asking is — how much to re-raise? Are there any rules when it comes to re-raising?

Before we answer this question, we need to take into account that there are three types of poker, and re-raising is defined by the rules in some of them.

Fixed limit, pot limit, and no-limit poker are all approached differently when it comes to re-raising. However, we will focus only on no-limit at the moment, as the most popular type of poker.

How Much To Re-Raise

There are no hard rules when it comes to choosing the amount of money you want to stake on top of your opponent’s raise. It’s ultimately up to you to decide that. However, it should not be completely arbitrary either.

First of all, you need to take into account your position. Playing in early positions is always considered a disadvantage as you don’t have information about your opponents yet. On the other hand, when in late position, you can always study their betting patterns a bit more and ultimately decide how much to bet.

Also, make sure to pay attention to your stack size, as you don’t really want to lose too much only to get more money into the pot. So, it’s all relative.

However, there’s one ultimate piece of advice you need to know when it comes to re-raising.