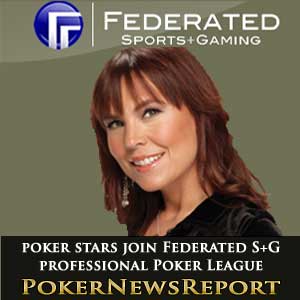 There are times when you might be browsing through a social network site such as Friends Reunited, and you discover that your childhood sweetheart dumped you to marry an astronaut and now lives in a mansion in Florida. It is not the news you wanted to hear, and you might wish you never found out about it, but there is a good reason to wonder what has happened to the American online poker “stars” who, up until recently, you battled against over the virtual felt.

As a result of closing some of the US poker sites by the Department of Justice (DoJ), also known as “Black Friday”, we have already seen a drastic reduction in the value of guaranteed tournaments on both PokerStars and Full Tilt Poker. The PokerStars “SCOOP 2011” series saw the guaranteed prize pool cut from $45 million to $25 million, with the greatest reductions in the “H (High)” stake tournaments – the ones which you are prepared to go through qualification for because the end result is potentially life-changing. It is not so much the “stars” we are missing, but their money! So, where are they now? And, more importantly, where is their money?

Rumours that there was going to be a mass emigration of poker players to Canada have been, as yet, unfounded and, as there does not look as if there is going to be a quick resolution to the “problem”, the top poker professionals have revealed that they are joining the new Federated Sports and Gaming Professional Poker League (FSGPPL).

The league, which comprises of 218 top professional poker players, will be doing battle in a series of live poker tournament events in August, September, and December – each with a guaranteed Main Event prize pool of $400,000 – and will culminate with a Championship decider in February 2012 which has a guaranteed prize pool of $1 million.

A strict qualification process for entry into the league meant that there was no space for WSOP 2010 winner Jonathon Duhamel or Full Tilt/PokerStars high stakes legend Viktor “Isildur1” Blom (both of whom can still play online poker in their native countries), but many of the familiar “names” who were associated with the major online poker sites have been warmly accepted into the league.

Annie Duke, commissioner of the FSGPPL, recently announced the full line up, which includes practically all the American-based sponsored stars from PokerStars and Full Tilt, plus a few names you might have heard of – Phil Helmuth, Annette Obrestad and Doyle Brunson. UK poker players Neil Channing, Dave Ulliot and Sam Tricket also made it into the league which has already offered five year memberships to the most highly qualified players – Chris Ferguson, John Juanda, Howard Lederer and Vanessa Selbst among them.

It looks like we won´t be seeing their money for an awful long time!