The largest poker advocacy group, Poker Players Alliance, has rebranded itself as the Poker Alliance, bringing itself back on the map amid rapidly changing laws. The organization’s new president, Mark Brenner, charts a course for the future of the group. 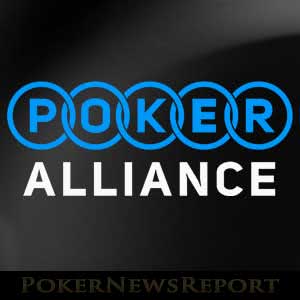 The largest poker advocacy group, Poker Players Alliance, has rebranded itself as the Poker Alliance, bringing itself back on the map amid rapidly changing laws. The organization’s new president, Mark Brenner, charts a course for the future of the group.

On 27 June, one of the most prominent poker advocacy groups in the United States, Poker Players Alliance (PPA), found a new identity and a new name as Poker Alliance (PA). The deal has been initiated and carried out by the buyer, Poker Central.

In light of the significant upheaval that the legal landscape in the U.S. has undergone, the rebranded organization will focus on serving as a voice for the millions of the country’s poker players who endorse an industry that upholds key values such as fairness, safety, transparency and a well-regulated market. However, the company will now assume a much more corporate-focused exterior.

Mark Brenner at the Helm

The change has led to the emergence of a new leader, Mark Brenner, an entrepreneur with a keen interest in poker. While Mr Brenner’s contributions towards the overhauled organization are not yet clearly-defined, he himself seems to be a staunch supporter of poker and regulation:

As gaming culture and the laws around it have shifted, so too has our focus. Poker players deserve to be able to play poker with confidence and safety, and we will expand the PPA’s incredible effort by strategically advocating for our members.

Meanwhile, this reshuffling of the now PA seems to be coming at a most appropriate time, as the organization had been performing poorly and the recent resignation of the longtime PPA President John Pappas in February raised questions over the future of the initiative. Despite the rather drastic change, PA will not deprive itself of talented executives, bringing PPA’s Rich Muny onboard as a member of the advisory board along with Pappas.

Muny has shared his hopefulness about the new chapter in the group’s history, noting that:

One benefit to this new structure is that we no longer have a financial reliance on membership. We continue to serve members and only ask for their grassroots support.

A Fresh Elan in the Right Direction

While it may appear strange for a well-established body to have lost popular support, it’s very much what happened to PPA. However, there was a good reason behind the decision from rank-and-file supporters to push away from the organization. Championed as a grassroots initiative, PPA often came across as having corporate interest uppermost in its mind.

Even if the organization is opting out of “Players” from its name, it will still very much try to uphold the core values that common players support. However, the PA would prefer to brand itself as a business entity that will focus on achieving a balance between business and individual players, and it wants to avoid ambiguations in its name, hence the change in the moniker.

Still, another important distinction lies in the fact that PA will now rely on corporate funding as opposed to donations from its members. The press release states:

Poker Alliance has a new corporate structure that provides financial and operational support, so we will not rely financially on our membership,

And it continued in another by saying that funding will come from industry participants, including Poker Central, as one of many businesses, resorts, hotels, casinos, gaming applications or platforms, etc.

Naturally, a shift from a grassroots organization to a business body will take its due time. This development will be marked with a strong focus on poker. This discards Muny’s previous plans to add more segments of the gambling sector, such as sports betting so as to breathe fresh life into the now-defunct PPA.

Even then, the official press release of the organization reads that Poker Alliance is dedicated to advancing the sport of poker on behalf of the poker playing community in the United States and abroad.

Lobbying efforts may now go unscathed by popular dissent. In fact, now that the organization has all the outward appearance of an official entity, the hopes remain that it will manage to enact some changes in the overall landscape of landbased poker and [geolink href=”https://www.pokernewsreport.com/us-poker-sites”]online poker in the U.S.[/geolink]

Some observers have wondered if perhaps the PPA couldn’t have been saved. Muny did try a similar move in which he was seeking additional funding to the tune of $25,000, but the round failed, reflecting the purposelessness of the body in its current form.

If you are wondering what led to the financial downfall of PPA, it’s partly because of prioritization of the interests of corporate benefactors. PPA started lobbying strongly for PokerStars and Full Tilt. In 2011, however, Full Tilt was swept as part of the Black Friday crackdown on all offshore operators.

With now only PokerStars to support the organization, PPA pushed strongly for legalized poker in California. However, the local climate wasn’t as hospitable and the organization failed. PokerStars gave up support but by that time PPA had already tarnished its reputation, some may argue, irreparably.

Poker Central is not gambling away funds to acquire a useless asset, though. The now-rebranded PPA does have the industry insight and expertise to help with significant changes. Now that the organization needs only concern itself with the long-game and not meet deadlines as determined by its grassroots members, more meaningful and sweeping changes nationally may be supported.