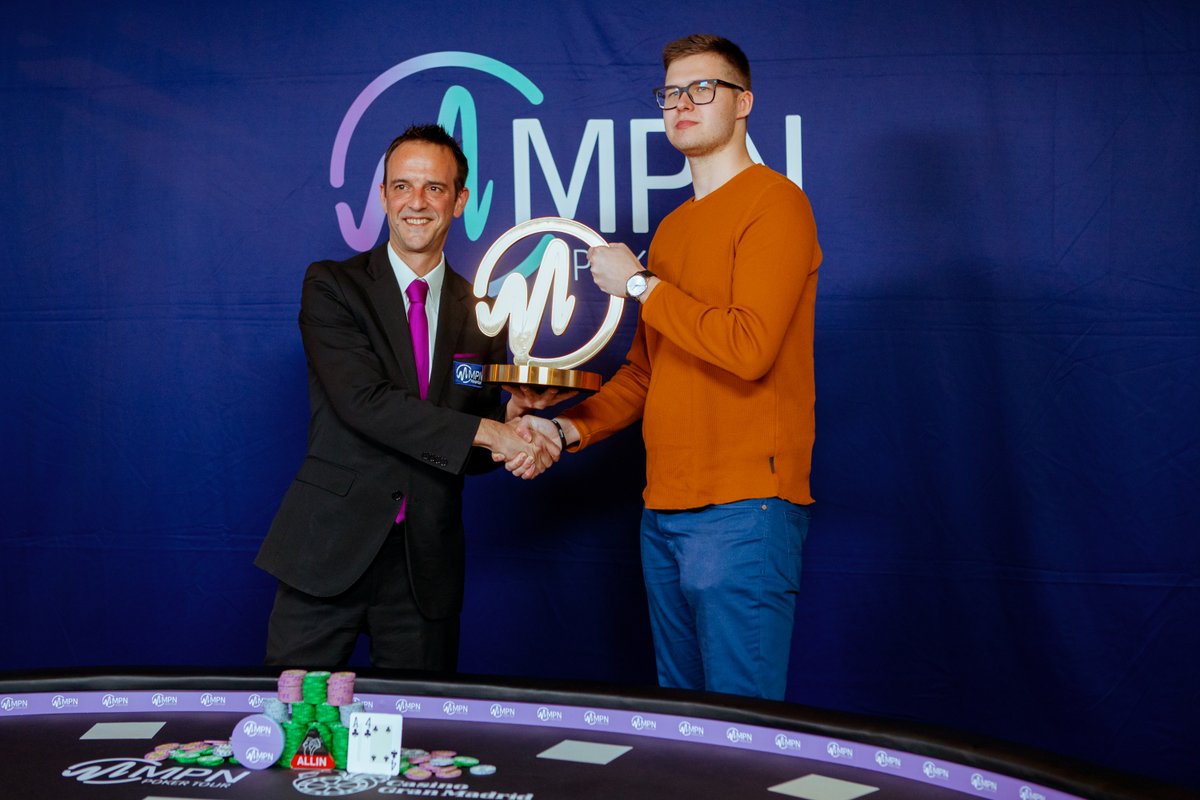 The 23rd MPN Poker Tour has officially come to an end in Madrid. It was a special tournament as it was the last-ever MPN competition, meaning it has great significance to both players and officials.

Martin Piik, a 23-year-old poker lover from Estonia, managed to top the €550 Main Event, winning a total of €52,000, which is approximately $57,200. Piik bested the field of 575 entries, which is one of the biggest fields this tournament has ever seen.

MPN Poker Tour is a type of tournament that attracted players from all over the world, and that was clearly visible in the final table, where a total of six different nationalities were present.

Moreover, all players who made it to the very end came from very different backgrounds in terms of their professions.

For example, only two of the players were actually full-time poker professionals. The rest included a travel specialist, some finance guys, a recruitment consultant, an MPN bot detection specialist, and even a firefighter.

Piik doesn’t really have a lot of experience playing live poker, as this is only his 10th live tournament in his career. He managed to win his trip to Madrid on a platform called Olybet, only to make it to the final table and win the Main Event.

His final opponent was a player named Yu Cheng “Richard” Liu, but he failed to beat Piik in the race for the last MPNPT trophy.

Although he might not be very experienced in big tournaments, Piik definitely has huge potential and is one of the most talented young players. He works at Olympic Casino in Tallinn and will be one of the official organizers of the Kings of Tallinn tournament.

He started playing poker when he was a kid, with his opponents being either his parents or his classmates. He showed huge talent and potential only to crown his effort with his latest title.

Piik was rather excited about his victory, stating that he had won his seat on Olybet and came to Madrid in the company of his dad. He admitted that the monetary prize wasn’t really the real thing why he had come to Madrid. Instead, it was the trophy that he was really excited about.

The Final Table Results — Who Else Made It to the End?

A total of nine players made it to the final table, and the first one to hit the rail was a player from the UK, Stuart McCormack, who won €4,575. He was soon followed by his fellow countryman, Jay Yerby, who managed to earn €5,600 for his effort.

Seventh place was reserved for a Polish poker player, Sebastian Lohunko, who won €8,100. A Greek player named Stylianos Kollatos made it to the sixth position, earning €10,500 along the way.

Mikael Gronvik from Sweden ended up fifth for €14,000, and he was followed by another player from the UK named James Sudworth, who won €20,000. The last player to hit the rail before heads-up play was Raido Ounapuu from Estonia, who won €28,000.

Liu, a player from China, was the main opponent to Piik. However, he failed to stand up properly to Piik and ended up second, winning the consolation prize of €38,000. Piik will now return to Estonia with a very important trophy that will definitely help him improve and take part in more live tournaments around the world.