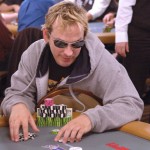 Phil Laak has finally won his first WSOP (World Series of Poker) Bracelet by winning Event #1 of the 2010 World Series of Poker Europe in London, England. The event was a £2,500 No-Limit Hold’em six-handed tournament which attracted 244 entrants to create a prize pool of £610,000. As well as winning his first gold bracelet Laak received a cheque for £170,802 which takes his total career live tournament earnings to $2,318,305.

Laak has had a pretty tough time recently. Firstly he endured a lot of pain by playing poker for 115 consecutive hours to set the then record for the longest poker session ever played and just over a month ago he was involved in an ATV accident in Oreganwhich left him with broken bones and an eye laceration when he was having fun with friends Alec Torelli and Antonio Esfandiari. After winning the bracelet Laak actually stated that breaking the longest poker session has made him a much better player and that he has won something in 80% of the cash-game sessions he has played since the feat.

This is Laaks biggest win but throughout the final day of Event 1 it was looking like it would be Canadian Andrew Pantlings bracelet because he had by far the biggest stack and began well at the final table by eliminating Willie Tann (6th) and David Peters (5th) however Laak quickly got himself in gear and he eliminated Ilan Rouah (5th) and two-time bracelet winner Chris Bjorin (3rd) to make it a duel between himself and Pantling for the bracelet and £170,802 payday.

After several hours of gruelling heads-up the final hand came when Pantling raised on the button only for Laak to push all-in and receive the call. Both players revealed their cards with Pantling looking favourite holding Ace9 to dominate Laak’s K5 and it was looking like Laak would fall short of his first bracelet after the flop of 744 but a miraculous 5 on the turn gave him the lead and he now just had to avoid a heart, Ace or a 9 to seal the win and thats exactly what happened with the river being the Q and an overjoyed Laak celebrated his first WSOP bracelet win with girlfriend Jennifer Tilly.