Phil Ivey: Some believe it was cheating. I know it wasn’t

Poker legend Phil Ivey is ready to stand up for himself. He will have the opportunity to defend his reputation in front of the whole poker world, on Oct. 7. 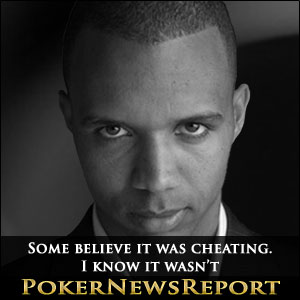 Poker legend Phil Ivey is ready to stand up for himself. He will have the opportunity to defend his reputation in front of the whole poker world, on Oct. 7.

Phil Ivey is not BIG news for the poker community anymore. Nor he is the best poker player at the present time. Best player career-wise? Quite probably. But as of today, there are other names, other hard-workers who can fill up the stats sheet.

With poker receiving less and less prime time, Ivey has been fairly quiet for the last couple of years, grinding the high-stakes mixed cash games at The Bellagio. He DID win a WSOP gold bracelet in 2014, in an 8-Game event but when it comes to the online environment, his attempts to reconquer the game failed miserably.

According to HighStakes DB, Phil Ivey, who plays under the nickname of ‘Polarizing’ on Full Tilt, lost over $2.27 million in 2014 and an additional $2.44 million last year.

Unfortunately for him, his problems don’t stop here. Aside from grinding at the poker tables, Ivey also plays baccarat, blackjack and golf… basically he is a gambler. He likes to take chances whenever he thinks he has an edge over his opponent. He likes to exploit any small advantage that he has over his foe. And that’s what got him into trouble the last two years.

Ivey currently faces two lawsuits that could cost him much more than his latest online losing numbers. If he is defeated in both cases, he will lose more than $20 million plus his reputation will be shattered.

The first lawsuit was filed by the famous Atlantic City-based Borgata Casino. The casino’s representatives state that the poker legend cheated during a baccarat session and are seeking a $9.6 million reimbursement. The second lawsuit was actually filed by Ivey after UK-based Crockfords Casino refused to pay him his winnings totaling $11.8 million. The reason why the British club did this is because they think the American ‘read’ the cards during a game of punto banco.

Now, Phil Ivey has the unique chance to redeem his damaged name and return to prime time once more. The American accepted to be interviewed by James Brown in the famous CBS News TV Show 60 Minutes Sports. The interview is set to air on October 7, 2014 and a teaser is already posted on CBS News, which you can watch here. Phil Ivey said in the interview:

Some people believe that (what I did in those two casinos) was cheating. I know it wasn’t and that’s why we are going to court.

The battle with Crockfords hit the High Court just a few days ago with Ivey not considering a fold. Basically, both Crockfords and Borgata accuse the gambler of ‘edge sorting’ – in his case, he exploited tiny flaws in the cards’ design. On the other hand, the gambler says that he only used legal ways to gain a mathematical advantage over the house.

According to Daily Mail, Ivey played punto banco at Crockfords club over the course of two nights, in August last year and allied with Chinese associate Cheng Yin Sun also known as Kelly in order to defeat the house. Kelly knew how to identify the flaw design of the back of the cards (some decks have one ‘long’ side different than the opposite side) and asked repeatedly for the change of the card deck until they found one flawed deck. After that, the two asked the dealer to reveal each card in turn to identify the favorable ones. Once identified, the gamblers were ready for the final step: rotating the ‘good’ cards in the opposite direction to all the other ones so that they could differentiate them. If there was a change in pattern, then a favorable card was on its way and Ivey would raise the stakes.

The poker legend and the Chinese acted similarly during a private game of high-stakes baccarat at Borgata, identifying the tiny imperfections on the back of the cards and winning over $9.6 million.

While many consider Ivey did nothing wrong, the casinos stand firm in their beliefs. And what some people call skill, others call cheating. Or putting it another way:

The poker legend may win the hearts of the many with his interview, but who truly has the edge in the court? Can Ivey win at showdown?

2 Replies to “Phil Ivey: Some believe it was cheating. I know it wasn’t”