Poker legend Phil Ivey has lost his suit against the Crockfords Casino in the UK after the supreme court ruled he had cheated the casino out of $10 million. 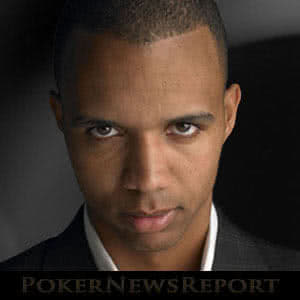 Poker legend Phil Ivey has lost his suit against the Crockfords Casino in the UK after the supreme court ruled he had cheated the casino out of $10 million.

After a years-long battle with the Crockfords Casino, it was ruled by the UK Supreme Court that the $10.1 million he had won in late 2012 was attained via cheating. The case made worldwide headlines not just for the sums of money involved, but because of the person behind the entire controversy itself.

Phil Ivey, who is a WSOP legend, cash game superstar and overall one of the most avid gamblers the casino industry has ever known, had spent countless amounts of money on his legal team to get his case heard by UK lawmakers.

After much legal wrangling and several appeals along the way, Ivey’s usage of “edge sorting” to gain an advantage in baccarat was found to be a form of cheating and the Crockfords Casino is now under zero obligation to pay out his winnings from 5 years ago. The decision was a difficult one, but the question that was proposed to the court hearing his appeal was rather simple: “Was dishonesty a necessary element of cheating?”

In the eyes of the courts, the answer was a resounding “yes,” as a veteran gambler like Ivey seemed to knowingly use edge sorting to win astronomical amounts of cash in a game that would otherwise favor the house. It was a huge blow to Ivey, who had voluntarily stayed away from poker for the last year or so to focus on the lawsuit.

It makes no sense that the U.K. Supreme Court has ruled against me, in my view, contrary to the facts and any possible logic involved in our industry,

It is because of my sense of honor and respect for the manner in which gambling is undertaken by professional gamblers such as myself that I have pursued this claim for my unpaid winnings.

What is “Edge Sorting” and How Did No One Catch it in The First Place?

Edge sorting is a technique used by serious professionals in advantage games like Baccarat or Punto Banco. In other words, players spot flaws, marks or any other signs of wear on particular cards being used in the game, which can of course identity high and low-value cards.

The “edge” marks give a clear advantage to players in a game like Baccarat, where betting big against the Banker’s cards helps immensely, especially if they know what cards will be dealt out first-hand for both the player and the banker themselves.

Similar to Blackjack, the player who is closest to the number “9” wins the pot. Edge sorting allowed Ivey to identify high-value face cards, which are assigned a value of “0” in baccarat, and gave him easy spots to bet big before the cards were even dealt and bet small when he knew he would be at a less than advantageous spot during the deal.

Ivey and his colleague at the time both asked the casino’s croupier to switch out decks multiple times, until they finally recognized edge wear on certain cards, which then allowed them to clean out the Crockfords for over $10 million USD.

The reason why the croupier didn’t catch this was most likely due to the fact the casino still felt they had a house edge despite all the suspicious requests Ivey and his colleague had made throughout the entire high-limit session. They felt they could just as easily see Ivey lose his initial $1 million stake just as easily as him winning more money against them – something most casinos are willing to chance in games like this one.

Where Does Ivey Go From Here?

There have been no reports as to what Ivey and his lawyers might do after this decision was handed down by the highest court in the UK. It is not known at this time if he will file another appeal in the case, or if this is simply the last straw and there is absolutely no chance he can find a judge to rule in his favor.

It is quite possible that after 5 years and just about every legal battle one can endure during that time, that Ivey may finally throw in the towel on the lawsuit and get back to the business of what he does best: POKER.

Ivey had stepped away for well over a year in the poker world, as his absence in the biggest cash games and tournaments in the world was quite noticeable. His pet project, IveyPoker.com, seems to have stalled in the midst of all of his legal drama, and his possible return to the game has been making its rounds in the rumor mill for months now.

If I was a betting man, I would say that if Ivey finally puts this legal headache behind him, he’ll most likely make a triumphant return at a tournament he’s dominated in recent years – the Aussie Millions in Australia. The 10-time WSOP bracelet winner has crushed not just the Aussie Millions Main Event in the past, but he’s taken down several of the High Roller events that also run during the series.

Please Phil – COME BACK. The poker world just isn’t the same without you in it!