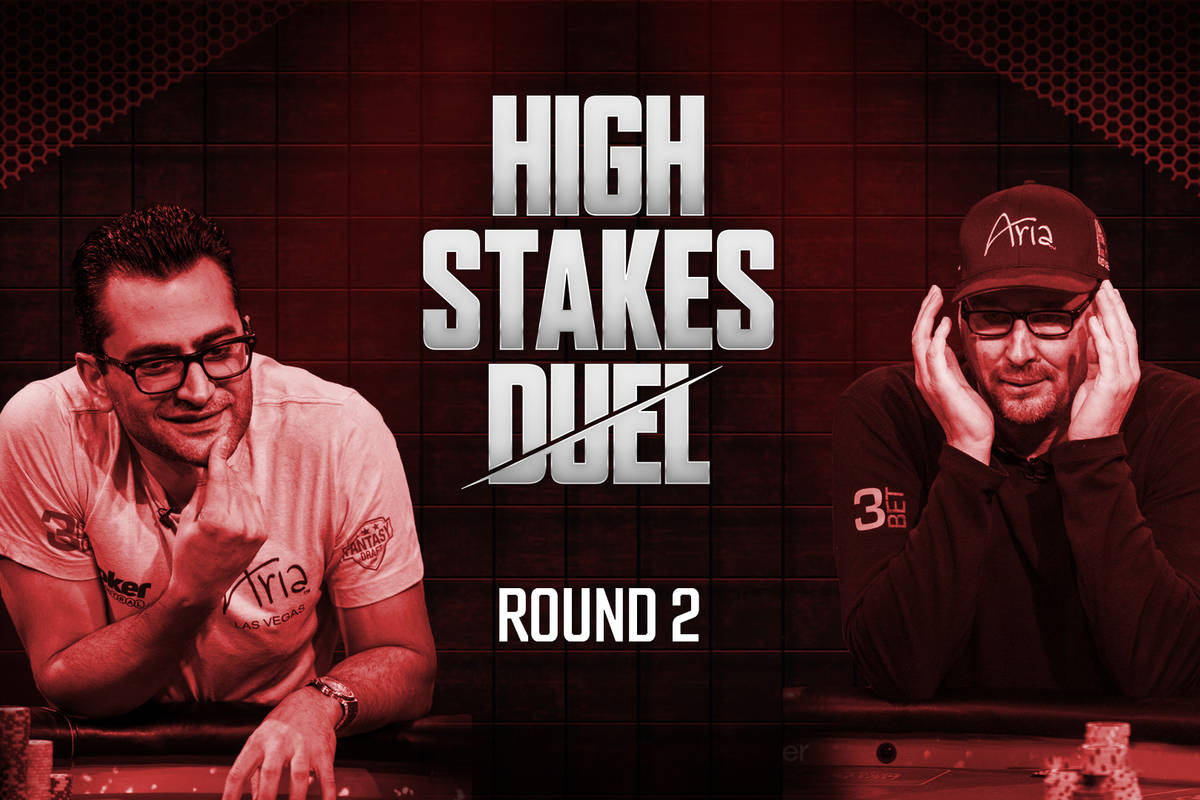 Due to the coronavirus pandemic, many live poker events have been canceled, so tournament organizers have scrambled to provide alternatives. To avoid having many people in the same room, PokerGO created a new competition called High Stakes Duel. Although it takes place live, it’s just between two people, and those two also happen to be Antonio Esfandiari and Phil Hellmuth, two of the most popular poker players in the world.

They played the first round in PokerGO Studio that’s part of ARIA, and recently returned for the second round. Hellmuth won the first round, raking in a total of $100,000, but Esfandiari requested a rematch for an additional $100,000.

The High Stakes Duel has some unusual rules that make it even more exciting. Namely, the buy-in for the event is $50,000, and the loser can challenge the winner, which is what Esfandiari did with Hellmuth. However, if the loser decides not to challenge, the winner goes to the second round and waits for another challenger, with the seat being open for 30 days. By round 8, the prize pool has the potential to reach a whopping $12.8 million.

The second round between Esfandiari and Hellmuth also resulted in Hellmuth’s victory, meaning he claimed a total of $200,000 as a prize. The good news is that there’s an option for the loser to challenge the winner once again, this time for $200,000 more. Esfandiari said that he would probably do it, although we still don’t know the time and the place a third round would occur.

In the meantime, let’s take a look at some of the most exciting hands the two poker pros played in their first meeting.

One of the most captivating hands took place when blinds were 200/400. It was a critical hand for Esfandiari, who managed to gain the chip lead after that. Hellmuth called with an ace-queen, and Esfandiari decided to check with 9-6. The flop showed 5-K-9, giving Esfandiari a pair.

Esfandiari checked after that, and Hellmuth decided to bet 15,700. Esfandiari called, and the four of clubs rivered. Both players checked and showed their cards where Esfandiari won with a pair of nines, earning a total of 56,600 and taking the chip lead. After this hand, Esfandiari had 114K against 85K.

That’s when Esfandiari checked, but Hellmuth increased the bet to 6,500. Esfandiari then decided to check-raise to 18,500, and Hellmuth responded to that by raising his bet to 57,000, then adding his remaining 24,000. Esfandiari then made an all-in move, and the river showed a nine, which helped neither player. Hellmuth not only managed to regain the chip lead but also leave Esfandiari with a mere 29,000 in chips. Esfandiari couldn’t believe this hand, stating that Hellmuth was “not a human being” for pulling it off.

During the final hand of the duel, the blinds were at 1,000/2,000, and Esfandiari decided to jam right away with his last 21,000 and J-10 in his hand. However, Hellmuth had K-10 and chose to call Esfandiari’s bet. The board showed 7-2-8-A-4 not improving either hand, so Hellmuth ended up winning the second round of the High Stakes Duel.