The past few weeks has seen some major announcements from online poker sites. Firstly Annie Duke and Phil Hellmuth both left UB, UB then announced they would be revealing a new pro who turned out to be Prahlad… 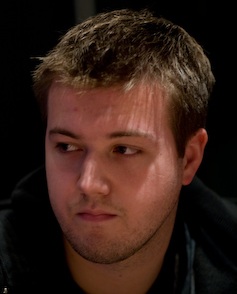 The past few weeks has seen some major announcements from online poker sites. Firstly Annie Duke and Phil Hellmuth both left UB, UB then announced they would be revealing a new pro who turned out to be Prahlad Friedman (which caused a lot of controversary), PokerStars then revealed the identity of Isildur1 (Viktor Blom as most people predicted), and now Full Tilt Poker have joined them in announcing that they have signed popular high-stakes cash-game player Peter Jetten.

Peter Jetten is a 25-year old Canadian who has accumulated $1,842,599 in live poker tournament winnings, and an additional $652,236 from online poker tournaments. Of course, this is only tournaments and his winnings are rumoured to be much higher when you consider his success in high-stakes cash games.

Jetten got started playing poker in 2004 when he made two cashes in freeroll tournaments for a combined $75. He then hit the low stakes poker tournaments and the cash-games and as they say ‘the rest is history’ as he ended up finishing the year with a profit of $100,000 and has never had to look back.

To date Jetten has made twenty live poker tournament cashes, reaching the final table in six of them. His biggest cash to date was in the £20,000 High-Roller event of the 2008 European Poker Championships where he finished fourth for a payday of £189,000.

“I’m very excited to be with Full Tilt. I’ve always liked them. They are a very reputable site so I’m proud to represent them. I may even get a little more recognition because of it.”

He also took to Twitter to thank people for all of the messages of support tweeting:

“Thank you everyone for the nice messages about the full tilt deal.”

There are increased rumours that we will be hearing another major announcement from Full Tilt Poker in the coming weeks or months in regards to Phil Hellmuth who they met with to discuss a sponsorship deal. Many people are wondering if Hellmuth would really sign with Full Tilt due to the amount of professionals they already have and there are suggestions he will prefer to sign for a site where he can be the ‘frontman’ as he was at UB.

As always, stay tuned to PokerNewsReport.com for the latest information!