In what may be surprising news to many poker players, the 2008 WSOP Main Event champion Peter Eastgate has officially announced on the PokerStars blog that he is coming out of retirement to play in the $25k… 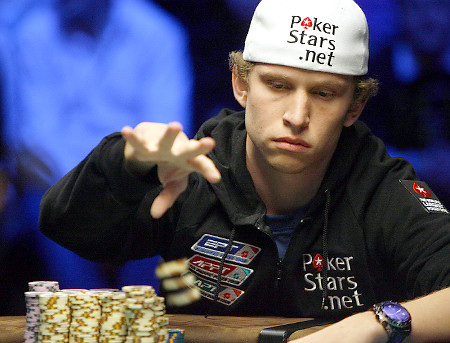 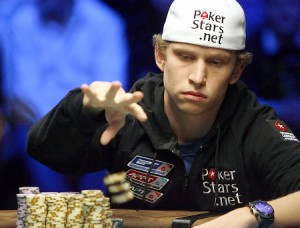 In what may be surprising news to many poker players, the 2008 WSOP Main Event champion Peter Eastgate has officially announced on the PokerStars blog that he is coming out of retirement to play in the $25k NBC National Heads-Up Championship at EPT Copenhagen.

It was only a few months ago that Eastgate auctioned off his 2008 WSOP gold bracelet on eBay, and the proceeds from the auction were donated to UNICEF, so as you can imagine, many in the poker community are wondering what thoughts are going through Eastgate’s head.

Just before the start of the 2010 WSOP Main Event, the 24 year-old Danish poker pro shocked the poker community announcing his retirement, and it seemed to be very clear that he was stepping away from the game for good. For a young poker player with so much potential, it was disheartening news, as it seemed that all the publicity which he received after taking down the 2008 WSOP Main Event had finally caught up with him.

But his time away from the game was short-lived, and killing all speculation from the poker world that it was inevitable that he would make a return to the game, Peter Eastgate, who is now 25 years-old, has officially announced his shock comeback.

However, after making the announcement, Eastgate was quick to convey that this was not considered to be a comeback: “I do not consider this a comeback, as I always knew there was a good chance I would play poker again. During my hiatus from poker, PokerStars have been very supportive. Therefore, I am pleased that I will start out with playing two events where I will be sponsored by PokerStars.”

To further explain his reasons for retiring from poker in the first place, Eastgate said:

“Sometimes in life a person can feel lost and wake up one morning not recognizing who he is. Last summer that was how I felt. Prior to winning the WSOP in 2008, my life was very much a good solid routine of playing online poker and hanging out with my friends and family. Winning the WSOP changed that. I relocated to London and started a new life, the life of a high profile poker pro. For almost 2 years I was in a constant spotlight, travelling from poker tournament to poker tournament, doing thousands of interviews and never had a chance to catch my breath. In the whirlwind that followed winning the WSOP I lost track of the most importing thing in my life, myself.”

After Eastgate will play the EPT Copenhagen, he will play in the NBC National Heads-Up Championship which is hosted in Las Vegas in March.

Even with his brief retirement from the game, with the success the former WSOP Champion has amassed in such a short playing career, it goes without saying he will still command respect back at the tables.