Pennsylvania Rep. Tina Davis has confirmed that she will soon be introducing online gambling legislation to her lawmaker colleagues in the Keystone State. 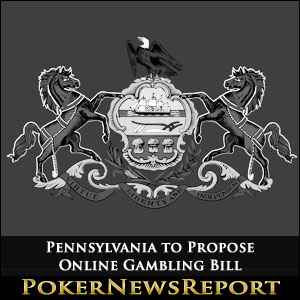 Pennsylvania Rep. Tina Davis has confirmed that she will soon be introducing online gambling legislation to her lawmaker colleagues in the Keystone State.

The proposal calls for the Pennsylvania Gaming Control Board to regulate the licensing and operation of the Internet gambling scheme that includes online poker and other casino games. License application fees would be set at $16.7 million. The tax rate payable by operators would take into account such costs as overhead and casino operating costs.

Pennsylvania has recently overtaken New Jersey as the second-ranked gaming market in the United States behind Nevada. Part of the reason for that is that Pennsylvanians have a dozen brick and mortar gambling locations to choose from and no longer have to travel to neighboring Atlantic City to gamble. That is also a factor in Atlantic City’s six consecutive years of declining revenue in its struggling casinos.

Apparently, Rep. Davis is intent on keeping the nation’s second place status in land-based gambling as well as staking a claim in the lucrative online gambling marketplace.

A responsible Internet gaming system must be created in order to protect Pennsylvanians and the success of the established gaming industry in the Commonwealth, which has generated more than $7 billion in state tax revenue, and created more than 16,000 jobs statewide.

Pennsylvania now joins a growing list of states that includes Mississippi, Massachusetts and Iowa that are contemplating or proposing Internet gambling regulations in 2013. California re-introduced a poker-only bill in late December. Also late last year, New Jersey lawmakers approved an online gambling bill in hopes of rescucitating the faltering Atlantic City casinos. However, Gov. Chris Christie has not signed the bill and has expressed reservations about doing so. He has until Feb. 7 to make a decision.

Rep. Davis’ measure has earmarked proceeds from online gambling to go to both the State Lottery Fund and the Property Tax Relief Fund. Pennsylvania is also considering privatizing its lottery system and allowing Internet gambling via that framework. However, a handful of Pennsylvania senators have already voiced their objections to that scheme.

It is apparent that individual states are ramping up efforts to pass online gambling regulations in light of the Reid-Kyl bill on the federal level that surfaced in 2012 but failed to garner enough support and was never introduced in Congress. Nevada Sen. Harry Reid has expressed a desire to try to introduce the bill again this year. But many industry insiders consider the success of that endeavor to be a long-shot.