A bill to legalize online gambling in Pennsylvania is likely to be proposed this week by Rep. Tina Davis. 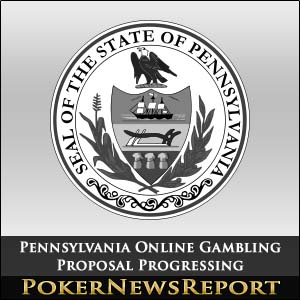 A bill to legalize online gambling in Pennsylvania is likely to be proposed this week by Rep. Tina Davis.

Davis may propose the measure perhaps as soon as Wednesday before the House Gaming Oversight Committee. The bill calls for online license fees of $10 million, with generated revenue to be taxed at a 20 percent clip. Licenses would be restricted to Pennsylvania casinos that are already licensed for slots and table games.

Davis told philly.com that since she made it known last month that her proposal would be forthcoming, she got quite a bit of feedback from casinos and has made some changes that reflect the input received. She believes that Pennsylvania needs to keep pace with the neighboring states of Delaware and New Jersey, who are moving forward with their recently-enacted online gambling legislation.

If we do not protect our casinos and money in Pennsylvania, Davis said, we will be hurt by all the competition.

Davis’ bill includes a unique concept to protect problem gamblers. Players who consistently lose in short periods of time would trigger a software mechanism that would automatically lock their accounts.

The proposal is not without its detractors. Rep. Paul Clymer is reportedly opposed to any gambling expansion plans and is considering drafting a measure that would make Internet gambling illegal. Thus far, only Utah has such a statute in place.

The Pennsylvania House of Representatives is controlled by the Republican party, which leans against gambling. In order for Davis’ bill to win support, GOP lawmakers must be swayed to change their views.