Pennsyl-MANIA Set for This Weekend via PokerStars

Online poker platform PokerStars is offering up a new Pennsyl-MANIA this weekend. 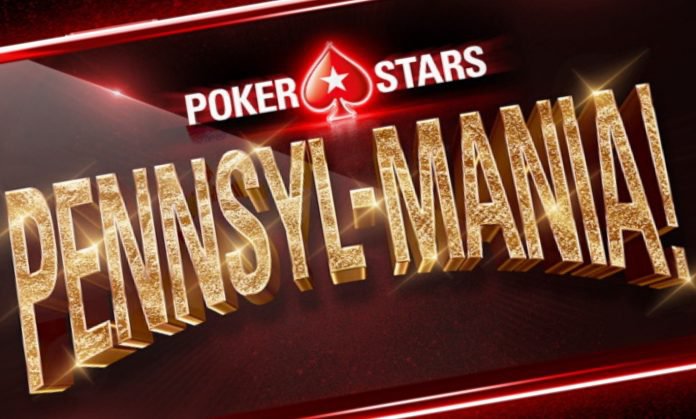 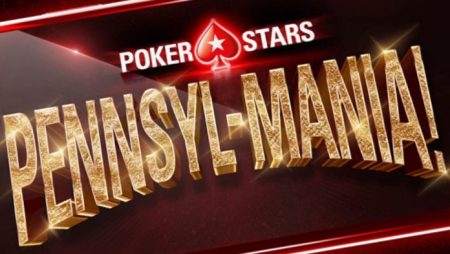 In Pennsylvania, online poker players have several regularly scheduled events that are popular and a must play. This weekend, PokerStars is offering one such event. For the fourth time, PokerStars will launch Pennsyl-MANIA, providing players with a two day, no-limit hold’em tournament.

Details of the Event

This time around, the special tournament will have a buy-in of $300. Normally, the tournament runs for $200. The prize pool has also increased, and players are competing for $400,000 guaranteed. The event will kick off with Day 1 at 5 pm ET on April 4. Day 2 will take place on April 5 starting at 7 pm ET.

PokerStars has decided to allow up to five re-entries for the event, with players able to try again during the late registration period. This will last for around four hours and 35 minutes. Upon buy-in, players are given a 100,000 starting chip stack which is equal to 200 big blinds.

Bling levels will increase every 15 minutes. PokerStars also has a rule in place that if the players at the final table decide to cut a deal, a minimum of $10,000 must be set aside for the winner. It is expected that the playing field will be quite large for this event. Traditionally, big online poker events in Pennsylvania do well as players take part in large numbers in the hopes of landing a cashout.

For Pennsyl-MANIA, the event has drawn huge fields. Back in May 2020, when the event took place for the very first time, a total of 2,800 entries were recorded. This pushed the guaranteed prize pool of the tournament up from $250,000 to well over $500,000.

Since the event takes place on Sunday, players can use the next few days to compete in satellite events. There are several ways to earn a spot in the competition. Several satellites are scheduled for each day with a buy-in of $25 or $30. Each of these options provides at least two seats to the big event.

This Saturday night, PokerStars will host a Mega Satellite. The event will start at 8:15 pm ET and has a $30 buy-in. With this mega event, there will be 20 seats up for grabs for Pennsyl-MANIA. On April 4, the site is offering a Depositor Freeroll for the event.

Players can log in by 1:59 pm ET this Sunday and deposit a minimum of $30 with the code MANIA to gain entry into the freeroll. The top 150 players in the freeroll will be given a seat in the tournament. This is an easy way to earn a spot into Pennsyl-MANIA.

Get started today by visiting PokerStars and signing up for a new player account or by logging in. There is still plenty of time to take part in the satellites and freeroll. Earn a spot by paying the lower satellite buy-in or choose to buy-in directly at $300.

This will be one of many events that PokerStars hosts for players located in Pennsylvania. Check the tournament schedule regularly to see what the provider is offering players in your area.