Online poker room Party Poker have this week revealed the newest software update that they have created, a software alteration that has seen additional features adding into its offering for playing members. The software is… 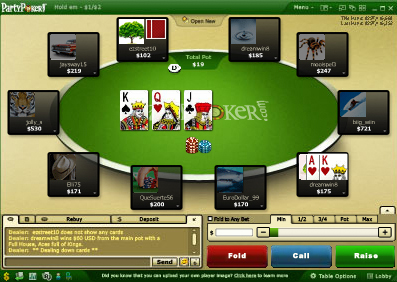 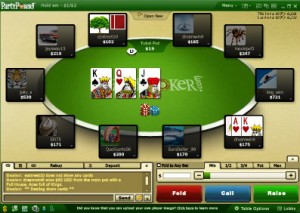 Online poker room Party Poker have this week revealed the newest software update that they have created, a software alteration that has seen additional features adding into its offering for playing members.

The software is claimed to be more secure, streamlined to ensure the fastest and most reliable game play as well as the pledge that the newest roll out will increase the options available to all players.

Taking a look at the new features, there are a number of them that feature in a number of the online poker rooms that are available at the moment but if you are a Party Poker player then you will welcome each and every addition.

The new edition of the software now includes:

Anonymous Heads Up Tables – These tables offer players the chance to compete within the heads up sections of the site without exposing their details to their opponent, such as username or avatar.

The move to add these tables will increase the potential target market for a number of players who play successfully online within other online poker rooms as it means that they are able to enter into match ups without their rival knowing anything about them, who knows who you could be facing off against next?

Show a Card – This is an ability that has been in circulation within the online industry through a number of poker rooms such as PKR but the chance to reveal just one of your starter cards means that you now have the chance to increase the number of mind games that you are able to play, show your flush completing card or show them a low kicker, the choice is yours.

Rabbit Hunting – Again another great addition to the Party Poker online poker room but still not a brand new idea as it has been done by competitors such as the Merge Gaming Network run sites.

Rabbit Hunting is a term given to the chance to be able to have the dealer reveal the next card that would have been dealt should the hand finish before all of the community cards have been dealt into play.

Although there is little that you can do once you have seen the next card, you can find out if you would have hit that flush…

Spot the Party Pro – Although this addition into the software won’t benefit standard players in many ways, the Spot the Party Pro addition means that the growing number of professional players that are sponsored by the site can be distinguished easier as they will now feature an additional marker to make it clear exactly what you are up against, after all, you don’t want to start your online poker journey facing up against one of the best players in the world do you?

Enhanced Tournament Information – The previous software that was used on the site offered very little in the way of tournament information to those who were playing in the tournament and with the site realising that you need to have a firm understanding what you are up against, they have moved to increase the data that they offer you.

If you like the sound of the new additions to the site then all you have to do is log into the site or register a new account and you’ll be presented with the newly released version right there and then. Party Poker is one of the best European poker sites to play at thanks to having great traffic and soft games. The games available are: Texas Hold’em, Omaha, Omaha Hi-Lo, 7 Card Stud, 7 Card Stud Hi-Lo, and their new variation Double Hold’em.