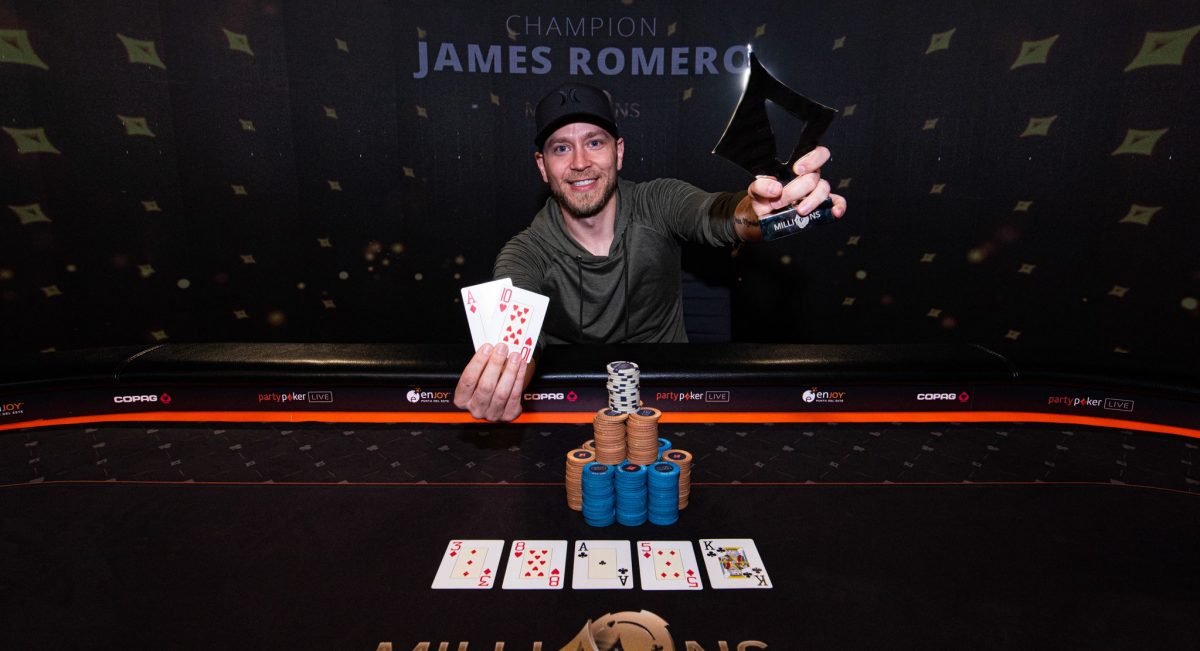 James Romero is the new champion of the partypoker MILLIONS South America $25,500 Super High Roller. He managed to win a total of $350,000 as the first-placed player, beating the field that consisted of 35 entries. Romero has been pretty active lately, as this his second big achievement in a month.

Only a month ago, he took part in partypoker MILLIONS UK Main Event, where he ended in third place, winning $420,000 for his effort.

Romero’s final opponent was Marty Mathis, who managed to win $213,750 as the second-placed player. However, Mathis has a lot of experience playing in this type of tournaments, as he even managed to win the very same event last year.

In other words, Mathis managed to win a total of $1.1 million in two partypoker MILLIONS South America Main Events.

Although a total of 35 players applied for the tournament, only 15 of them managed to make it to the final day. Some of the players who did not make it to this stage include big poker names such as Anthony Zinno, Pedro de Oliviera, Lander Lijo, Freek Scholten, and Kenny Hallaert.

The start of the last day saw Mathis being the chip leader, and the only two Team Pros players who remained in the game were Joao Simao and Dzmity Urbanovich.

After three hours of intense poker, many players had to hit the rail, including professionals such as Rainer Kempe, Sergio Iralasky, and Leo Fernandez.

The Pay List — Who Won the Money in this Poker Event?

Francisco Benitez is a poker player from Uruguay who was the first to make money in the event, earning a total of $60,000 for his effort. Ivan Luca, and Argentinian player, ended up fourth with a total of $100,000 in his pocket.

After that, it was Jacob Daniels who lost all his chips. The US player left two of his fellow countrymen to face each other in the heads-up play and try to determine the ultimate winner. Daniels won a total of $150,000.

The final table was rather intense, and it took almost an hour to complete. Although Romero was a chip leader for the biggest part of the heads-up, Mathis was definitely not an easy opponent.

After all, he was basically playing on the home court, as he managed to win the very same event in 2019. Therefore, he had a huge psychological advantage over Romero in the first place.

At one point, Mathis even managed to have a chip lead. In fact, he could have won during one hand where he had a pair of eights that he folded. Romero bluffed his way out by over-betting and shoving on the river, and Mathis did not have the courage to call.

If he had called, he would have made a back-to-back victory in the partypoker MILLIONS South America Super High Roller.

Romero managed to assert dominance and eventually win the main prize. During the last hand, Romero had ace-ten against Mathis’ queen-jack. Neither managed to make a hand, but Romero’s ace won the tournament.

This way, Romero managed to secure a nice sum of money, along with a beautiful trophy that was awarded to him after the event. It seems that he has been doing pretty well lately and that we can expect more great results from this player in the future.

On the other hand, Mathis has had a great career as well, and he shouldn’t be taken out of the equation for future poker tournaments either.