PartyPoker Event is a Wrap 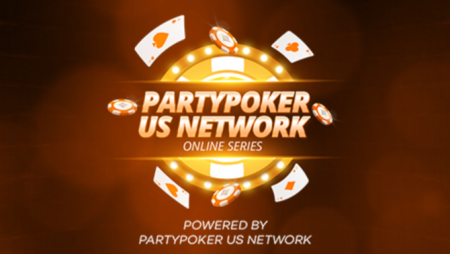 The latest in a series of events from PartyPoker has finally wrapped up, and it has resulted in several players walking away with a health improvement in their bank balance. These online tournaments may not be on the same level as others being held around the world right now, but that doesn’t mean the standard of play is reduced in any way.

The 11 event series has been a real success, and it led to over 200 entrants battling it out for the various prizes at the main event. However, it was the Main Event held on December 6 that resulted in the biggest prize of all, the title.

Here, it was won by the online player ‘pure reason’ who pocketed a cool $18k after close to nine hours of play. His payout was also higher than expected simply because the guarantee was completely smashed. Instead of the anticipated $50k, the total prize pool topped $100k meaning more money to be laid out from the pot.

As is the norm for this year, any event is tending to do better than expected. Even in this series of events, the lower wins were still culminating in top prizes of more than $4k which is good for a low baller event.

Big Winners in the Series

In total, the 11 events had over 2100 entrants and they shared close to $500k in prize money. Even the first event went above and beyond what was expected. It ultimately led to the winner pocketing almost $20k for a small-scale event. That in itself is impressive.

But this isn’t all. It turns out that PartyPoker are lining up even more opportunities for people to go ahead and test their skills against other players online. Known as the Players’ Choice Series, it stands to be eight days of cool tournaments where hundreds of players are being lined up to take part.

Starting on December 13, the Players’ Choice Series kicks off and, once again, it’s being led by PartyPoker US. This series has a total of eight events and buy-ins will vary from as little as $55 and climb as high as $320. By setting the buy-ins at this level, it’s going to open the door for more players to take part who perhaps have never thought about trying to up their game to this particular level.

With this series, the eighth game has a guarantee of $40k. In saying that, we can fully expect that guarantee to cruise past that figure if the previous 11 tournaments are anything to go by. However, even though the other tournaments in this series aren’t inclined to come up to this kind of prize pool, you are still looking at a minimum of $6400 for the lowest entry tournament.

PartyPoker are trying to ramp things up before the year closes, and this total of 19 different events is showing the way forward for any other tournament organized by companies such as this. We wait to see what 2021 has in store for them all.