Party Poker´s has announced that its headline PokerFest series will be postponed for four weeks due to technical issues making the site unplayable. 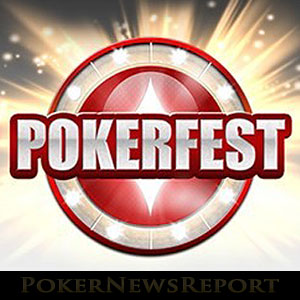 Party Poker´s has announced that its headline PokerFest series will be postponed for four weeks due to technical issues making the site unplayable.

On Tuesday last week, Party Poker released a software update to address compatibility problems with Windows 10. Unfortunately the update created technical issues in other areas of the site, and many players started to experience problems with lagging and disconnections.

Other areas of the site also experienced problems – for example the “Dollar Club” was inaccessible to many players and some were unable to access the cashier to make a deposit. Many players complained about being sat out of a tournament while they were being blinded down, while others were removed from cash game waiting lists without explanation.

After four days of problems, the site took the decision to cancel the PokerFest series and reschedule it to run from Sunday 25th October with the same tournament line-up plus a $50,000 freeroll by way of an apology for the inconvenience that had been caused.

Emails were sent out to Party Poker´s database and a notice appeared on the Party Poker thread on the 2+2 forum, commenting that the decision had been made due to performance issues that have impacted our service following software updates this week.

Players who have registered in advance for PokerFest events will have their buy-ins credited back into their accounts over the next few days, and players who qualified for the tournaments via PokerFest Missions will find that their tickets are valid for the rescheduled events.

Players who purchased a bundle of PokerFest tickets to take advantage of the substantial discounts available will be able to use them for the rescheduled events, or can contact Party Poker customer support to request a refund.

No Everybody Happy with the Decision

Golan Shaked – Party Poker´s Head of Games and the bigwig responsible for coining the phrase Poker for the People – issued a statement apologising for the postponement. He said:

With a total prize pool of $2,500,000 up for grabs, we are not willing to take even the slightest risk with our players’ experience during the 80 events that make up PokerFest. To make up for the inconvenience, we have added a $50,000 freeroll to the updated schedule in appreciation of our customers’ loyalty.

Although Mr Shaked´s motives for postponing the series were acknowledged as being correct by some players, others were not too pleased with the rescheduled dates – which coincide with the half-term holidays and which will prevent a number of players taking part.

Among the derogatory comments posted around the Internet (at least the ones we can reproduce), the sense in risking a software upgrade just days before a major tournament series was questioned, while others said that Party Poker risked massive overlays by scheduling the most valuable tournaments in the original series against the PokerStars WCOOP Main Event[isGeoAllowed] and two [geolink href=”https://www.pokernewsreport.com/americas-cardroom-to-host-5-more-million-dollar-sundays-18250″]Million Dollar Sundays at Americas Cardroom[/geolink][/isGeoAllowed].

Better to Wait than be Sorry

Our opinion about the postponement of the Party Poker PokerFest is that it is the right decision to make in the circumstances. If the series had gone ahead, it could have resulted in frustration for thousands of players, and those not suffering connection problems would have benefitted at the expense of players who may have attempted multiple times to qualify for the more valuable events.

The decision – and the addition of a $50,000 freeroll – typifies the standards of fairness and integrity applied by Party Poker to ensure that every player enjoys a fair playing experience. [isGeoAllowed]You can read more about Party Poker experience – and how you can clear our exclusive $/€/£500 bonus – by reading our [geolink href=”https://www.pokernewsreport.com/party-poker-bonus-code”]Party Poker Bonus Code page[/geolink] which has recently been updated to include many of the new innovations Party Poker has introduced to benefit players.[/isGeoAllowed]