The Legendary Old Trafford, home of Manchester United, is the venue this August when Parky Poker mixes football and poker in a three day event. 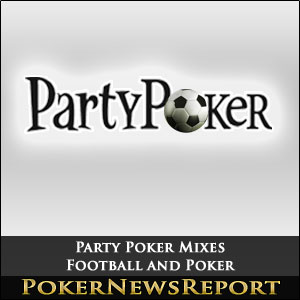 The Legendary Old Trafford, home of Manchester United, is the venue this August when Parky Poker mixes football and poker in a three day event.

Manchester United has called the Old Trafford home since 1910. Starting August 8 and wrapping up on August 10, England’s second largest football stadium will play host to both Manchester United fans and poker players from across the UK.

Party Poker is partnering with Living It Loving it to handle the event.  Party Poker promises that players who purchase the full package will “rub shoulders” with Man Utd legends as well as receive official merchandise.

Hotel accommodations for players purchasing the full package are as iconic as the football field. The players and football fans will be staying at the four star Midland Hotel. The Hotel opened in September 1903. American Intelligence during WWII speculated that bombing in the town square area of Manchester was limited in order to spare The Midland.

The £650 full package also includes a VIP stadium tour, meals, transportation between Midlands and Old Trafford and a VIP Player Party. £20 of the package fee will be donated to charity.

Players who wish to only play in the poker tournament can buy in for £250; £20 of the buy in will also be donated to charity.

The Event begins with a welcome party on Thursday 8 August. Seat and table assignment happen Friday morning with the Main Event Day 1 starting at 12. The tournament allows for late entry through the first six levels.  A Turbo Free Roll will be held on Friday night for everybody that busts out of main event that day. Day 2 of the Main event, VIP stadium tours and a Player party wrap up the event on Saturday.

No direct entry will be allowed at the event, so players must pre-register for their desired package.