Party Poker is launching a new promotion at the end of January that encourages players to form teams of four and compete together for Millions tickets. 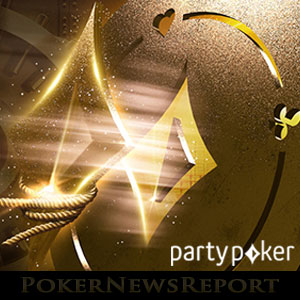 Party Poker is launching a new promotion at the end of January that encourages players to form teams of four and compete together for Millions tickets.

Now Party Poker is inviting players to form teams of four to compete in a league that culminates in a Grand Final on March 26th. Players in the winning team will each win a ticket to Day 1 of the Party Poker Millions, plus there are Phase 1 tickets to be won for the three next best teams and for the “Team of the Week” throughout the seven weeks of the promotion.

Individual players can also take part in the promotion. A separate league and Grand Final will run alongside the team event. However, due to the way in which the promotion has been structured, it will be a lot simpler for a player in a team of four to win one of the prizes as team members will likely start the Grand Final with larger chip stacks.

How the Promotion Works

The start of the promotion works the same for teams and individual players. Each evening from 30th January, Party Poker will be hosting “Daily League Games” at 7:00pm and 9:00pm. The buy-in for each of these games is $5.50, with half the prize pool being awarded at the end of the game and the other half contributing to the Grand Final prize pool.

In addition to the cash prizes that can be won in each “Daily League Game”, players will earn “Chip Points” depending on their finishing positions and the number of players in each game. The four best “Chip Point” scores are counted each week, with the total number of points being converted into the starting chip stack for the Grand Final. Here is an example of how that works:

For teams of four, each player´s Chip Points over the week are added together and then divided by four. So a team of four players that earned 1,500 points, 1,200 points, 2,000 points and 1,900 points would have a combined total of 6,400 points. Divide the total by four, and each player would carry forward 1,600 chips towards their starting stack in the Grand Final.

The two Grand Finals (one for teams and one for individual players) takes place on Sunday March 26th at 7:00pm. Prizes will consist of both Party Poker Millions tickets and cash and, for the individual Grand Finale, will be awarded using a normal payout structure – the winner of the event winning a Day 1 entry, the second, third and fourth players winning a Phase1 seat, and all other prizes awarded as cash.

In the team Grand Final, each of the four team members will be awarded points according to their finishing positions. The points will be added up, and the team with the highest points total will win four Day 1 entries into the Party Poker Millions. The teams finishing in second, third and fourth will each receive four Phase 1 entries, while further cash prizes will be available for teams that just miss out of the top prizes.

Although the Grand Final is more than two months away, players are being encouraged to form their teams in advance ahead of the “Daily League Games” that start on January 30th. Teams and individual players must register for the promotion via the registration portal on the Party Poker website and, if you want to compete as part of a team but are three players short, head over to the Party Poker Facebook page and let other Party Poker players know you are available.

If you already have three buddies to form a team, but none of you are yet playing at Party Poker, make sure you create your accounts using the [geolink href=”https://www.pokernewsreport.com/party-poker-bonus-code”]Party Poker bonus code[/geolink] [bonuscode room=”partypoker”]. This bonus code entitles you and each of your buddies that creates a new account to a 100% first deposit bonus up to $500. This bonus offer is not available directly through the Party Poker website and it could be worth up to $2,000 for a team of four players that want to take part in Party Poker´s latest Millions promotion.