Party Poker is attempting to succeed where others have failed by launching Party Poker Ladies in order to attract more female players to the online tables. 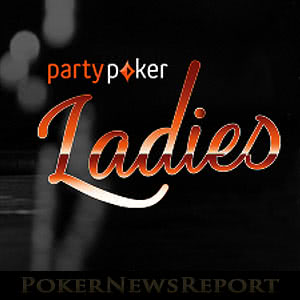 Party Poker is attempting to succeed where others have failed by launching Party Poker Ladies in order to attract more female players to the online tables.

As most men – particular married men – will know, arguing against a woman about a subject close to her heart is a waste of time. We believe that somewhere in Party Poker Towers there is a strong-willed woman in favour of gender-exclusive promotions for the fairer sex (their words, not ours), as that can be the only reason why the site has recently announced the launch of Party Poker Ladies. (Either that or the site´s marketing department is desperate for ideas).

Ladies-only online poker clubs have been attempted before and failed before. PokerStars Women – possibly the most successful failed attempt – has seen the guarantee on its feature Women´s Sunday Special cut from $11,000 to just $3,000 in the past couple of years and has abandoned its PLO and 6-Max tournaments. Only one of its daily “Ladies Only” tournaments has a guaranteed prize pool above $500, and that has to rely on re-buys and add-ons to reach its modest target.

About the Party Poker Ladies

Party Poker Ladies is an online social club “created by female poker players for female poker players”. It consists of a Facebook page and an Instagram account, but has grabbed some attention in the poker media due to the launch of the club being supported by a Ladies Only PowerFest event on Sunday 24th September – a somewhat ambitious and potentially costly promotion, as the $109.00 buy-in event has a guaranteed prize pool of $10,000.

The club is being driven by Party Poker´s female promotions team – Colette Stewart and Charlie Godwin – and site-sponsored pro Natalia Breviglieri. Breviglieri and two other site-sponsored pros – Beata Jambrik and Kristen Bicknell – with have bounties on their heads in the Ladies Only PowerFest event, which is yet to grab the imagination of other female poker players judging by the current entry for the event and the failure of event-specific satellites to start due to a lack of numbers.

Do Female Online Poker Players Need Their Own Club?

Furthermore, the live ladies-only events organized by Party Poker have not performed very well. The inaugural Ladies event at the partypoker MILLONS at Dusk Till Dawn in April 2017 attracted just thirty-three entries, and there was no reporting of Elaine Maloney´s victory in the partypoker LIVE ladies event in Killarney at the weekend. Maloney´s victory did not even get recorded on her own page in the Hendon Mob database.

As the PowerFest Ladies event is likely to overlay by a substantial amount, the opportunity exists for female poker players to add substantially to their bankrolls against very little competition. Although the event-specific satellites are failing to run, Party Poker hosts general Mega-Satellites throughout the day, guaranteeing a minimum of twenty $109.00 PowerFest tickets for a $22.00 buy-in. These general Mega-Satellites are also frequently undersubscribed.

If you are a female poker player who does not yet have an account with Party Poker, sign up for an account [geolink href=”https://www.pokernewsreport.com/party-poker-bonus-code”]using the Party Poker bonus code “[bonuscode room=”partypoker”][/bonuscode]”[/geolink] in order to be eligible for a first deposit bonus up to $500/€325/£250 depending on what currency you fund your account in. Remember, the Ladies Only PowerFest event is less than two weeks away on Sunday 24th September, so visit Party Poker today and take advantage of the undersubscribed Mega-Satellites to win your seat in the target event from just $22.00.