Just when you thought Party Poker couldn´t pack any more action into its Power Series, the site has added daily PLO events to the schedule – giving fans of the four-card game the opportunity to flex their poker-playing skills in Pot Limit Omaha tournaments with guaranteed prize pools of up to $25,000. 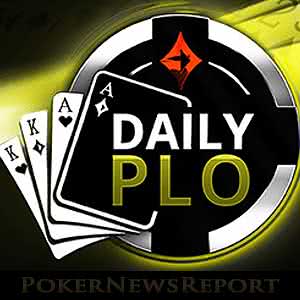 Just when you thought Party Poker couldn´t pack any more action into its Power Series, the site has added daily PLO events to the schedule – giving fans of the four-card game the opportunity to flex their poker-playing skills in Pot Limit Omaha tournaments with guaranteed prize pools of up to $25,000.

Starting this week, Party Poker is adding an extra thirty-one Pot Limit Omaha and Omaha Hi/Lo tournaments to its Power Series schedule – four each on Mondays, Wednesdays, Fridays and Saturdays, and five each on Tuesdays, Thursdays and Sundays.

The tournaments follow the pattern of other Power Series events with Micro, Low, Medium, High and High Roller buy-ins, and all the games start at 8:30pm CET daily – giving players with deeper pockets the opportunity to play in up to five Omaha tournaments simultaneously.

Wednesdays and Fridays have been designated Hi/Lo days, with all the tournaments on those two days having the same format. The only difference will be in the length of each level, which varies between six minutes and fourteen minutes according to the buy-in.

On Tuesdays and Thursdays there is an additional High buy-in event (buy-in $215.00/guarantee $10,000), and even though the guarantees are not so generous for the Hi/Lo nights of the week (on Wednesdays and Fridays), they are still worth playing for. Saturday´s schedule mirrors that of Monday.

Sundays are naturally the most valuable nights of the week for Omaha players. The five tournaments carry a total guaranteed prize pool of $38,750 and don´t worry if the higher buy-ins are out of your comfort zone, as Party Poker is also hosting a series of qualifiers for the PLO Power Series events.

As someone who loves the thrill of pot-limit Omaha games, I am delighted to see Party Poker has again listened to the players and added almost $100,000 worth of PLO and PLO8 tournaments to the Power Series schedule. PLO is great fun and I hope this will attract new players to the game.

Fans of the four-card game are really in for a treat at Party Poker between 6th and 20th May when the site hosts its next PowerFest series. Forty-five of the 366 events are 6-Max PLO tournaments, with guaranteed prize pools of up to $50,000 (although sadly no Hi/Lo games in the schedule).

Due to the quantity of PLO events, Omaha players will have a distinct advantage over other players when it comes to collecting points towards the PowerFest leaderboard competitions, which run weekly from next Monday (30th April) and which are giving away $120,000 in MILLIONS tickets every week.

There are also Double Cashback Points on eight of the PLO tournaments (those scheduled for 12th and 19th May) and if you reload your Party Poker account between now and 3rd May, you will receive a ticket for a free prize draw in which you could win a share of $52,000 in free PowerFest tickets.

Are you ready for this level of action? If so, visit Party Poker today!