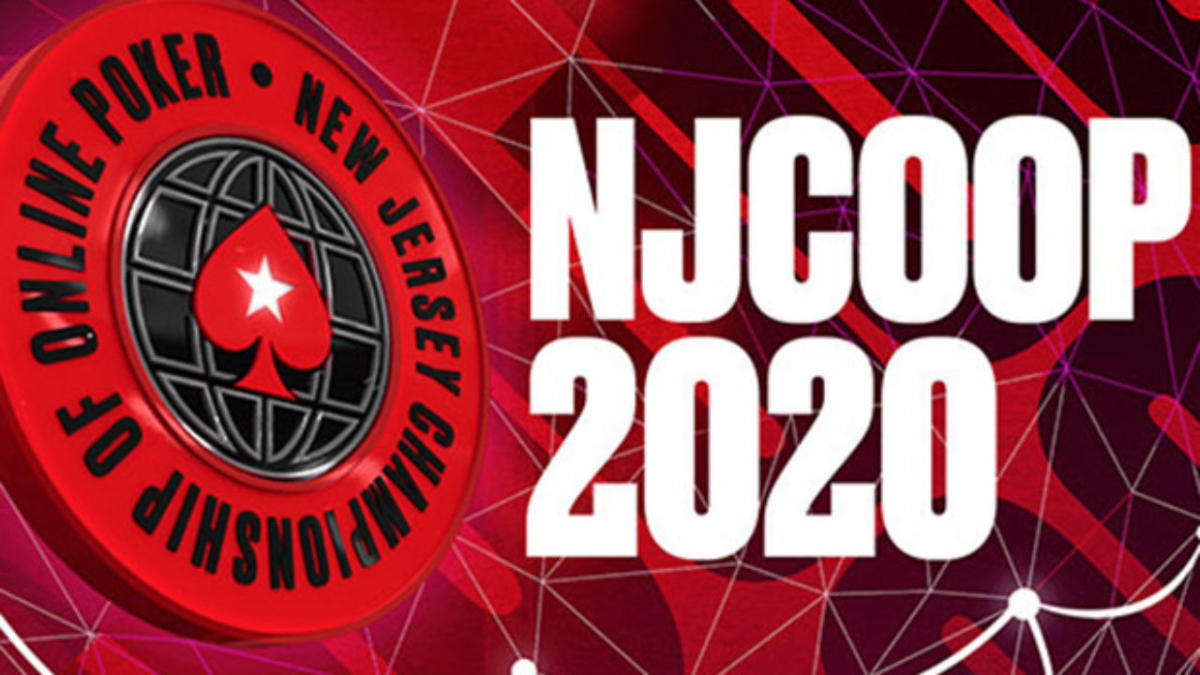 The New Jersey Championship of Online Poker (NJCOOP) is currently underway on PokerStars NJ. If you happen to be in NJ, you’ll have an opportunity to take part in this 54-event series, which lasts until October 26th. There is up to $1 million in guaranteed prizes available.

The most important event of the series is the $300 No-Limit Hold’em Main Event. For just a $300 buy-in, players will have an opportunity to grab a share of the $125,000 guaranteed prize pool. The main event will start on Sunday, October 25 at 5 pm local time.

More than 32 tournaments that are part of the series have wrapped up successfully in the past couple of days. Some players even managed to win more than one prize. Two names that stand out are “ISlowRollYou” and “coldandwarm.”

Let’s take a look at some of the popular events that were part of the NJCOOP:

NJCOOP-20 wasn’t a big bet game, but it was filled with great poker action. The game attracted a total of 81 entries, with 56 original players and 25 re-entries. The guaranteed prize was $12,500, but players boosted the pool to $15,066, with the top 11 receiving part of it.

In the end, Daniel “loxonbagel” Buzgen grabbed the lion’s share of the prize pool, winning a total of $3,674.77. His heads-up opponent was a user named “senor stinks” who had to settle for the consolation prize of $2,799.94.

The Sunday special attracted a total of 131 original players and 100 rebuys. Even though the original guaranteed prize for this event was $50,000, the final prize pool was $64,680.

The winner of this event was a user with the online moniker “snapcallzzz,” claiming a total of $12,613 as his final prize. The player clashed with Mike Haberman in the heads-up, but Haberman settled for $9,428 in the end.

After the registration period ended, there were only 14 players left, and the winner was “MartinChatwn,” who managed to win $20,693. His heads-up opponent was Anthony “supremetny” Chin, who claimed $12,791 for 2nd place.

Other players who made it to the final table were Jason Lawhun, David Coleman, and Daniel Lupo.

The opening event was also pretty exciting, with the player nicknamed “chatka” taking home a total of $4,467 after a heads-up deal with “Chalmisi6.” Both of the players started with a bevy of chips when the final table was formed and remained that way until the end.

Plenty of other events were played out as part of the NJCOOP, but we’re all waiting for the Main Event results! Follow Pokernewsreport for the latest poker news!