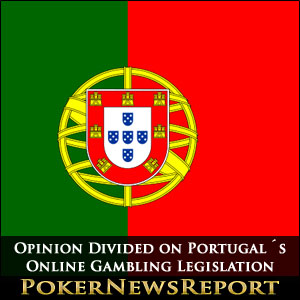 The plans for online gaming legislation had been on the table since last June and, with only a few changes, the draft was approved by the Cabinet for implementation within 180 days. The role of overseeing the regulation of online gambling in Portugal will now be passed to the Institute of Tourism, which is already involved in the regulation and inspection of the countries brick and mortar casinos.

What´s in the New Legislation?

According to yesterday´s communication from the Council of Ministers, the new legislation reflects the recommendations of the European Commission with regard to the integrity of online gambling, player security and the protection of player funds. Measures are also included to combat underage gambling, problem gambling and money laundering. The key takeaways are:

The requirement for larger online gambling to pay 30% tax on gross gaming revenues is particularly steep in relation to other regulated markets. It is also likely to result in fewer bonuses and benefits for online gamblers (as has been seen in France, Italy and Spain) and – for online poker players in particular – a higher percentage of rake being deducted from online games of poker.

The news that player pools will not be segregated and that players will not be taxed on their winnings was particularly well received by recreational players adding their comments to the news published on the Spanish site Poker-Red. However, for Portuguese players who dedicate a lot of their lives to playing online poker, they have said that the likelihood of reduced rewards and benefits is going to affect their ROI, and many are considering moving out of the country or shifting their allegiance to offshore sites.

With strict licensing requirements and a high rate of taxation, it is also likely that there will not be much in the way of competition between operators that enter the Portuguese online market. Smaller operators are likely to find it too expensive to set up and unprofitable to operate, meaning that the likely candidates in a future regulated market will be limited to the current state monopoly – the Santa Casa de Misericordia de Lisboa – PokerStars and 888Poker; although Ladbrokes, who recently withdrew from the Portuguese market, previously indicated that they may return once regulation is in place.

Expect to see PokerStars.pt online some time from September!