Online Poker Opponents in the Minority

The recent Congressional hearings that have debated the issues of online gaming and poker legislation have shown that the voices opposing the regulation of online poker in the U.S. are few, and that many lawmakers are seeking ways to legalize the game of poker on the internet. 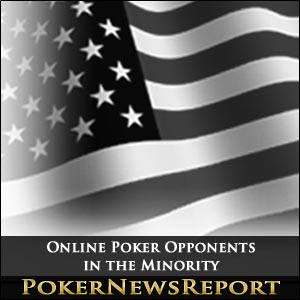 The recent Congressional hearings that have debated the issues of online gaming and poker legislation have shown that the voices opposing the regulation of online poker in the U.S. are few, and that many lawmakers are seeking ways to legalize the game of poker on the internet.

“Most people, including members of the subcommittee, seemed to be supportive of the concept of a poker-only bill,” said Rep. Joe Barton (R-TX), who proposed HR2366, one of the bills being debated by legislators that would legalize [geolink href=”https://www.pokernewsreport.com/us-poker-sites”]internet poker in the U.S.[/geolink] through various state agencies. The bill has 25 cosponsors among House and Senate members.

One of the minority of anti-gambling advocates is Frank Wolf (R-VA). In last week’s House subcommittee hearing, Wolf testified on how he feels the evils of gambling are detrimental to society, saying, “I know that many members of this committee are aware of my strong concerns about the spread of gambling in our society. I could spend all day cataloging story after story of ruined families, bankruptcies, suicides, and official corruption. Gambling is a dangerous activity and study after study has shown that for many in our society, there is no question that it is strongly addictive.”

Barton, in addressing Wolf’s concerns about problem gamblers, cited statistics that show that less than two percent of gamblers can be categorized as having an addiction to gambling, making it an issue that proposed legislation should consider, “but not an overwhelming one.”

Rep. Barney Frank (D-MA) also spoke up about Wolf’s fears that gambling is dangerous and reminded Wolf that he co-sponsored Wolf’s bill aimed at establishing and implementing programs to research, prevent and treat problem gambling, and that legislation would properly address the issue while allowing the vast majority of gamblers without a problem to partake in an activity that they would desire.

Other than the stance against gambling taken by Wolf, many poker industry observers felt that the hearings made great strides in regulating online poker in the U.S.

“The hearings were great for us,” said Poker Players Alliance (PPA) Vice President of Player Relations Rich Muny. “They were also completely different. The October House subcommittee hearing didn’t mention anything about the morality of playing poker. Last week, Frank Wolf talked about morality, but his points didn’t connect with anyone. No one really referenced his comments throughout the rest of the hearing. Everyone else was talking about how we’re going to regulate it.”

Muny was hoping that poker legislation would find its way onto a bipartisan supercommittee’s bill that had a Monday night deadline to propose recommendations for reducing the U.S. budget deficit. Poker insiders felt that the taxation of online poker had a chance to be part of the bill due to the massive deficit and lawmakers need to find additional revenue. But the supercommittee voted instead to implement a succession of automatic budget cuts.

“It seemed like a tough sell to get them to create anything,” Muny said about the supercommittee’s failure. “Everybody on the supercommittee is the leader in the House or Senate and so I viewed any work we did to reach out to them as a 100% carryover for other pieces of legislation. On Monday, we wanted to give a final push that they’d remember. It certainly would have been nice for poker to be included in the supercommittee’s recommendations.”

Online poker advocates are again shifting their focus on Barton’s HR2366. “The next step for Barton’s bill would be a markup,” Muny said. “We’ve had two hearings on internet gambling in the House subcommittee, so we’re hoping to be at the next step. It would be nice if we could get it in this year, but if that doesn’t happen, it could happen early next year. It has to be voted through somewhere.”

Some internet poker proponents would like to see HR2366 attached to another bill and pushed through as legislation as was done with the Unlawful Internet Gambling Enforcement Act (UIGEA) in 2006. The UIGEA was a rider to a port security act and completely changed the internet poker industry in America overnight.

On the possibility of Barton’s bill being tacked on to another bill, Muny said, “Last year, Harry Reid’s (D-NV) proposal was for an online poker bill to be attached to something. That’s a feasible route and something that could happen to legislation down the road. It could also be passed as a freestanding bill. Those are the two ways for it to go through, but we’re pushing for it to go through in a markup.”

Most online poker players in the U.S. just want internet poker to be regulated as soon as possible, whether its through a supercommittee, a rider to another bill or Barton’s HR2366. To that end, progress is being made, albeit slowly.

“I think we moved the ball forward and are getting closer to making this bill a law,” Barton said. “I think the votes are there in the subcommittee, the whole committee and on the House floor.”