The recent oversight hearing before the Senate Committee made it clear that if states as Nevada continue to proceed online poker legislation on intrastate basis, tribal gaming interests could suffer. 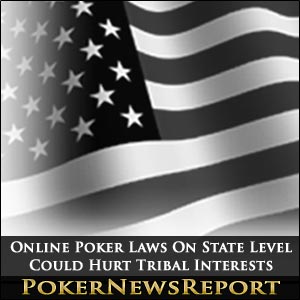 The recent oversight hearing before the Senate Committee on Indian Affairs made it clear that if states such as Nevada continue to proceed with online poker legislation offering internet poker on an intrastate basis, tribal gaming interests could suffer because there are currently no laws in place to allow Indian reservations to accept wagers from any players outside of tribal territories.

In a press release issued by the Poker Players Alliance (PPA), Litigation Support Director Patrick Fleming said that poker legislation on a state-by-state format would mean that “the Tribes would not have the protections under the IGRA [Indian Gaming Regulatory Act] and would need state government permission to offer online games to those outside Tribal land.”

The PPA is the main lobbying organization representing poker players and is pushing for online poker legislation at the federal level. Should that measure fail, PPA representatives have stated that they would not be averse to settling for regulations made by individual states, citing the most important factor as being that poker players be allowed to play online. But with a patchwork of different state laws expected to become reality soon with Nevada leading the way, Indian tribes may get tomahawked without states’ permission and any new federal legislation to support their gaming interests.

“The bottom line is that if Tribal gaming is going continue to be a competitive operator in the gaming industry, it will most likely need the assistance of this Congress through the passage of new legislation in order to meet future challenges,” Fleming testified before the Senate Committee less than a week ago.

Much has been said about poker being only 1% of the revenue currently obtained by tribes. To that end, not having the ability to provide online poker will not really affect their current revenue situation. However, not being able to compete with individual states that offer online poker will mean that tribes will miss out on the revenue expected to be gained through the new online poker regulations of Nevada and other states that are considering legislation, such as New Jersey and Iowa.

“There are really only two questions that matter with respect to future state online gambling laws and Tribal gaming interests,” Fleming said. “Those are, what games will be allowed and will Tribal gaming operations be able to compete in the offering of those games.”

In the conclusion of his testimony last week, Fleming said that the degree to which Indian tribes’ gaming interests will be effected is dependent “upon the decisions made by the various states with respect to future laws regarding internet gambling and on whether the Federal government acts to establish a new national policy.”