South Point Poker had anticipated a real-money launch this month, but delays in testing and conforming to regulations pushes online poker in Nevada to December. 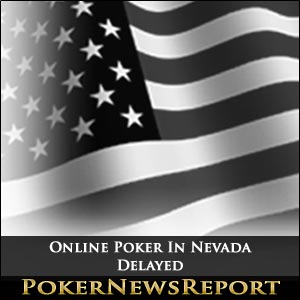 South Point Poker had anticipated a real-money launch this month, but delays in testing and conforming to regulations pushes online poker in Nevada to December.

A stringent testing process that is taking more time than originally estimated and repeated back-and-forth communication with Nevada gaming officials in order to ensure that requirements are being met have been cited by South Point as the reasons for delay.

We feel we could launch today, South Point Chief Operating Officer Lawrence Vaughan told Vegas Inc. But you’ve got to go through the independent testing labs, you have to satisfy the state Gaming Control Board and because we are the first, we’re going to be under the microscope. They’re going to prod us every which way, and that’s good. We don’t want to come out and fall flat on our face and be an embarrassment for Nevada.

South Point has been operating a free-play Internet poker site since last October, which enabled the company to record a database of thousands of players across the U.S. Though the end-of-year real-money launch of the country’s first online poker site will be limited to Nevada residents and tourists, South Point does hope to re-visit its player base outside of the state if online poker is eventually regulated via an interstate framework. At the moment, the free-play site has been shut down. Players were apparently logging on to the website under the false assumption that playing for real-money had already begun.

We thought there was a lot of confusion happening, Vaughan said. People see something in the press saying we’re the first to be licensed, and then they go to the site and see this free-play thing. Now that we’re licensed, we put so much effort in to building our own stuff that we wanted the focus to be on that.

South Point Hotel Casino & Spa is located in Las Vegas, but South Point Poker is operating from Summerlin, Nevada. It was decided that the company’s foray into online poker should be separate from the site of its brick and mortar casino.

We view ourselves as a creative software company, Vaughan said. I don’t think of us as a casino.