Howard Lederer has published an “apology” accepting personal responsibility for his lack of oversight that ultimately led to the demise of Full Tilt Poker. 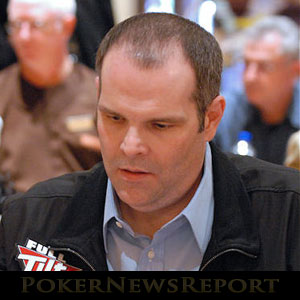 Howard Lederer has published an “apology” accepting personal responsibility for his lack of oversight that ultimately led to the demise of Full Tilt Poker.

Howard Lederer was the founder and former president of Tiltware LLC, the company that owned and managed Full Tilt Poker from 2004 until 2012. In the aftermath of Black Friday, it became apparent that the company was insolvent and did not have the funds available to repay players´ balances.

It was consequently discovered that the directors of the company had been paying themselves distributions of up to $10 million per month – Lederer having received a total of $42.5 million. Lederer was accused of defrauding players. He denied the charges, but agreed to forfeit assets with a value of $2.5 million to make the charges go away.

Since Black Friday, Lederer has kept a fairly low profile. He has been spotted playing poker at the Bellagio in Las Vegas; but, other than one radio interview and a series of denials and buck-passing in the “Lederer Files” video series, Lederer has avoided the spotlight as much as possible – attracting plenty of criticism for his failure to account for his own actions.

Yesterday, Lederer reached out to Daniel Negreanu – formerly one of his most vocal critics – and asked Negreanu to publish a statement on his Full Contact blog. Negreanu agreed, justifying his decision by saying that the vehicle through which Lederer´s statement was being communicated was less important than the message itself.

“A Travesty That I Should Not Have Allowed to Happen”

You can read A Statement from Howard Lederer in its entirety on Negreanu´s Full Contact blog – the gist of it being that Lederer admits to negligent governance of Tiltware LLC from 2008 onwards because Full Tilt Poker´s success had clouded his judgement. He adds that the lack of an apology at the time of Full Tilt Poker´s closure was due to him fire-fighting allegations against him that were factually untrue.

Reading between the lines, the statement still contains the familiar elements of denials and buck-passing. Carefully worded phrases describe the experience of defrauded Full Tilt Poker players as unacceptable, and it is only in the final couple of lines of the statement that Lederer expresses any level of remorse for his participation in the fraud. He writes:

An apology is not enough, but it is what I am able to offer to the poker community in the wake of a travesty that I should not have allowed to happen. I am sorry.

Too Little, Too Late? Or, Forgive and Forget?

Reaction among the online poker community to Lederer´s statement has been divided – and not necessarily equally. Initial feedback on the popular 2+2 forum invariably describes Lederer´s statement as a fake heartfelt apology and suggests that a bad apology is a second insult. Many contributors are cynical about the timing of the statement´s release – coming just weeks before the start of the 47th World Series of Poker.

Others believe that five years (since Black Friday) is too long to be harboring grudges against a man who has done little more than what many politicians do. Life´s too short to spend being angry said one commentator, while others agreed with Negreanu´s theory that Lederer wanted to make a public statement to feel better about himself and in order that he could play poker again without the vitriol sent in his direction.

Do you have an opinion about the genuineness of Howard Lederer´s “apology”? We would love to hear from you in the comments box below.